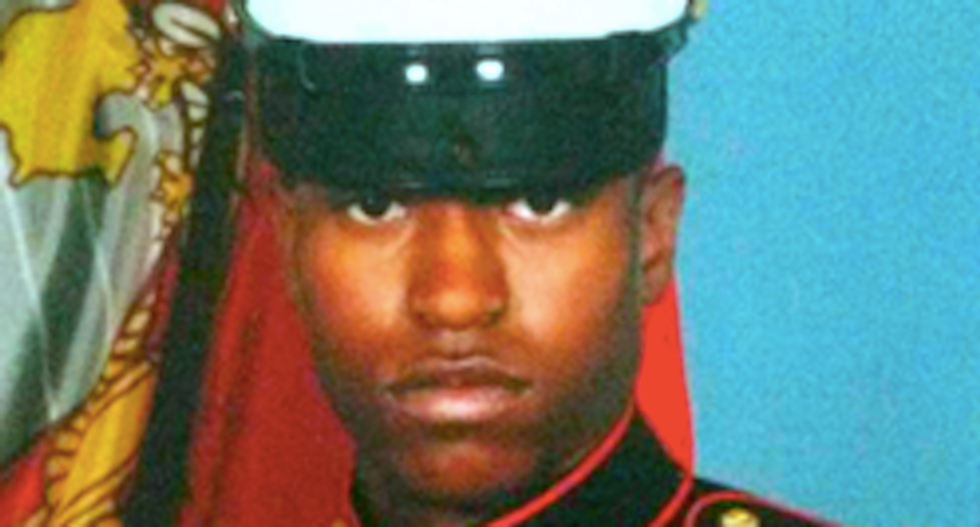 When Beverly Alford-Allen’s son suffered a mental breakdown last summer, she was afraid to call 911 out of fear that it would mean a death sentence for the Iraq War veteran.

But the desperate woman called police, anyway -- and her worst fears were realized.

As a child, Alford-Allen had watched a Wichita police officer shoot her father to death, and she did not want the same thing to happen to her 26-year-old son, Icarus Randolph – who suffered from post-traumatic stress disorder after returning from three tours in combat, reported The Wichita Eagle.

Family members sought help July 4 from the Veterans Administration and local mental health associations after Randolph withdrew into himself and picked up a folding knife after being awoken by fireworks, but those caregivers all directed relatives to call police.

Two officers responded to the family’s call, and relatives said they tried to warn the officers to remain alert because Randolph had a weapon – but they assured police he had not been violent, threatening, or suicidal.

Relatives said one officer was helpful at first, but they said the second officer was surly and impatient upon arrival, the newspaper reported.

When the second officer was told that a mental health professional recommended an ambulance take Randolph to a hospital for treatment, relatives said he folded his arms and complained that it was the Fourth of July.

The officer said Randolph didn’t have to go for treatment if he didn’t want, and the man’s mother frantically tried to ask 911 dispatchers to send a supervisor – which the second officer refused to do.

That’s when Randolph, who was still inside his mother’s house, started “roaring loudly,” throwing items around, and then kicked down a screen door and walked slowly outside with a vacant expression on his face.

Relatives said he was not walking toward anyone or anything in particular, but they noticed he something in his hand, which he carried at his side, but they couldn’t see what it was.

They begged Randolph to go back inside, but that’s when the second officer began walking toward the Marine Corps veteran.

Relatives don’t recall either officer giving any commands before the second officer fired his Taser, yelled “knife,” then dropped the nonlethal weapon and pumped four rounds from his handgun into Randolph’s abdomen.

The officer retreated back to his patrol car as Randolph fell mortally wounded on his mother’s lawn.

When Alford-Allen ran toward her fallen son, the officer pointed his gun at her and threatened to shoot if she did not get back.

Randolph lay bleeding in the grass for 10 to 15 minutes before police called for help or offered any assistance, family members said.

Wichita police have a policy against identifying officers involved in shootings, but a local blogger used public records and witness statements to identify Officer Ryan Snyder as the alleged shooter.

Both officers were cleared earlier this month in the shooting, but Randolph’s family filed a lawsuit June 12 claiming that the police violated their own department policy on encounters with mentally ill people.

The suit claims police did not de-escalate the situation, as they are trained to do in mental health calls, and took little or no time to assess the situation they encountered.

“The reality of the situation is that the family called police for help, and rather than giving any help, that officer that showed up escalated the situation, argued and berated the family over the rights of their loved one and then killed him,” said local activist Djuan Wash, of Sunflower Community Action.