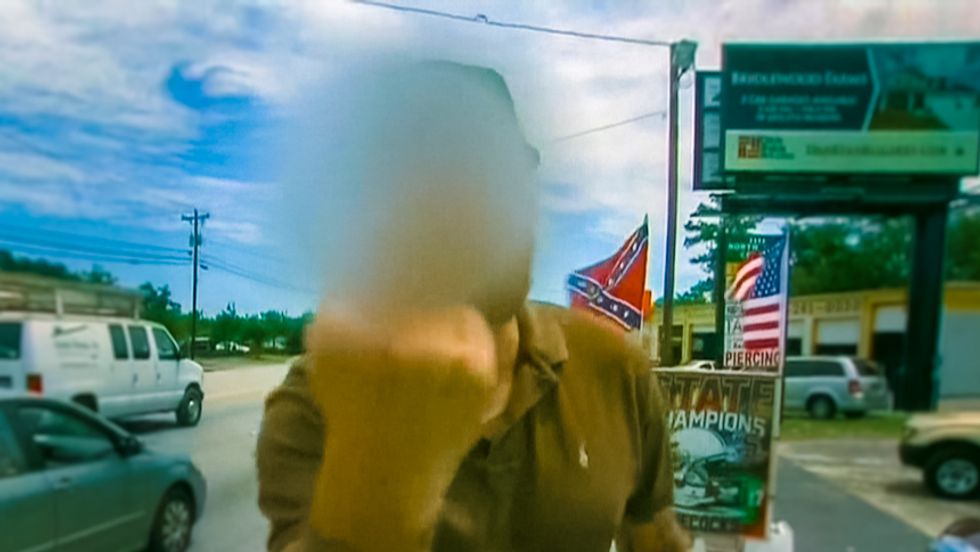 A South Carolina man who sells Confederate-themed merchandise treated CNN to a profanity-laced tirade on Tuesday.

When CNN's Ed Lavandera tried to film a Dixie Outfitters sign in Summerville offering three Confederate flag shirts for $25, the man who greeted them dropped the pretense of southern hospitality.

"You're stirring sh*t up," the man ranted. "People come together in peace. Why don't you f*cking worry about that?"

"This isn't f*cking peaceful," he repeated. "You're stirring sh*t up."

According to Lavandera, the man followed CNN cameras throughout Summerville, harassing them and blocking their shots.

And the man -- who refused to give his name -- may have reason to be unnerved.

Just this week, at least six large retailers -- including Walmart, Target, eBay and Amazon -- have banned sales of Confederate flag-themed merchandise. Even Dixie Flag Manufacturing in Texas decided that it would no longer make Confederate flags.

"F*ck you! F*ck you!" the Summerville flag seller shouted at CNN. "You're all part of the problem."