Jeb Bush in '95: Single mothers should be publicly shamed for giving birth outside of marriage 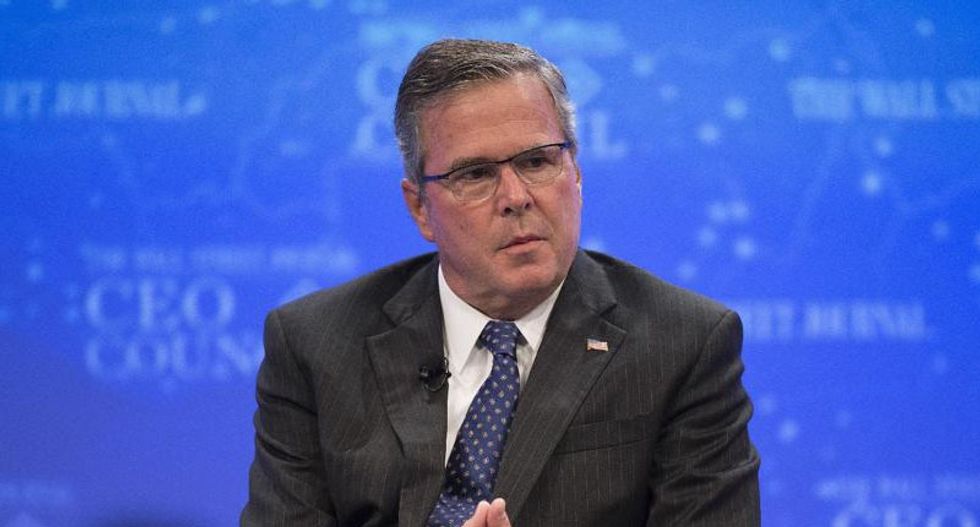 Jeb Bush has a history of supporting public policy that shames and humiliates women who have children but are not married, the Huffington Post reports.

The online news outlet combed through Bush's 1995 book, Profiles in Character and published the Republican presidential candidate's insights on how to most effectively punish women whose sexual behavior deviates from biblical norms. The passage below is from a chapter entitled, "The Restoration of Shame."

"One of the reasons more young women are giving birth out of wedlock and more young men are walking away from their paternal obligations is that there is no longer a stigma attached to this behavior, no reason to feel shame. Many of these young women and young men look around and see their friends engaged in the same irresponsible conduct. Their parents and neighbors have become ineffective at attaching some sense of ridicule to this behavior. There was a time when neighbors and communities would frown on out of wedlock births and when public condemnation was enough of a stimulus for one to be careful."

In his book, Bush celebrates a puritanical interpretation of The Scarlet Letter, Nathaniel Hawthorne's iconic 1850 novel skewering the hypocrisy of New England's political and religious leaders. The presidential aspirant evidently likes the part in the book whereby town elders force Hester Prynne, the heroine, to don a red letter "A," for "adulterer," because she gave birth to a child while her long-absent husband was away. Bush makes no mention that the other adulterer in the novel was the local minister, who powerful actors continue to protect and admire for the duration of the book.

In 2003, then Florida Governor Jeb Bush relented on the the state's now defunct Scarlet Letter law" after courts had ruled it illegal. The legislation, which Bush had championed, required women and girls planning to put their infants up for adoption to first publicize their names and sexual histories in local newspapers, ostensibly to give fathers more power in controlling pregnancy outcomes.

After the law took effect in 2001, courts ruled that requiring rape victims to publicly disclose their sexual histories in the press was unconstitutional. Courts also found that forcing women and girls to declare their consensual sexual experiences in print was unconstitutional, too.

The Scarlet Letter law, according to the New York Times, "required women to run advertisements disclosing their names, ages, height, hair and eye color, race, and weight as well as the child's name and birthplace and a description of the possible father. It also required the women to provide details of the dates and places of sexual encounters that might have produced the child. Women were required to run the advertisements once a week for a month in the community where the child may have been conceived."