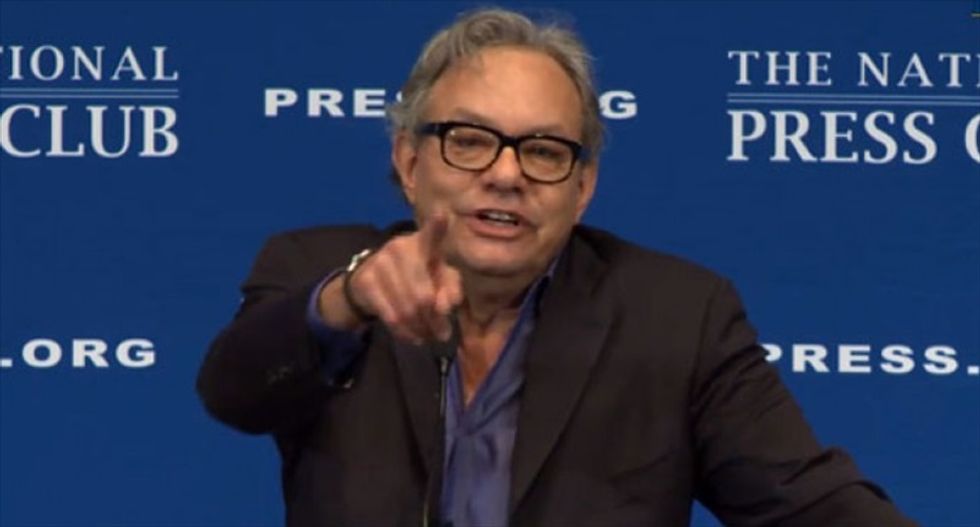 Lewis Black appears at the National Press Club on April 14, 2014.

While his long-standing alienation from presidential politics continues, comedian Lewis Black said, things have gotten to the point where he doesn't have to "write funny" about the latest batch of conservative candidates.

"They're going give me the stuff. They're gonna hand it to me," Black told the Daily Beast. "'Donald Trump is running for president.' That's already a punchline. That's the joke! The joke's done!"

At the same time, the self-identified Socialist said he could get behind Vermont Sen. Bernie Sanders, even though it was "a little upsetting" to him that Sanders, an independent, is campaigning for the Democratic Party nomination.

Black also scoffed at what he called a fear of Socialism engulfing US politics, calling the idea "a form of dementia."

"We have no party," he said. "There's like seven of us." I've got no meetings to go to. So I'm excited. I'm mostly excited that [Sanders is] just stating stuff that needs to be reiterated that the [Democrats], basically, don't reiterate. And it's in terms of financial inequality."

Black told the Daily Beast that he wished the US would just "extract" itself from Iraq, while also mocking GOP Sen. Lindsey Graham's recent statement that, if elected president, he would fire military leaders who didn't back his plan to send 10,000 more troops into the country.