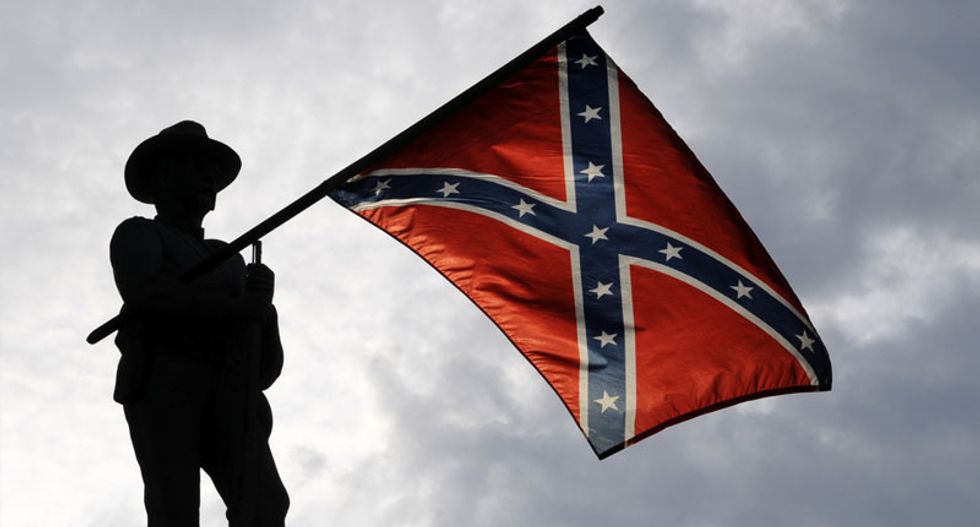 One of the most prominent U.S. flag makers said on Tuesday it will stop manufacturing and selling Confederate flags in the wake of last week's attack on worshipers at a black church in Charleston, South Carolina.

Reggie VandenBosch, vice president of sales at the privately owned Valley Forge Flag, said the Pennsylvania-based company came to the decision amid growing controversy over the Confederate flag, which currently flies outside the South Carolina state capitol in Columbia.

While some in the state see the flag as a reminder of South Carolina's proud history of defying federal authority, many others view it as a shameful tribute to a time when owning slaves was legal.

"We hope that this decision will show our support for those affected by the recent events in Charleston and, in some small way, help to foster racial unity and tolerance in our country," Valley Forge Flag said in a statement.

The 133-year-old company sells millions of flags each year, VandenBosch said, with Confederate flags making up only a tiny slice of that business.

According to Valley Forge Flag's website, the company's American flags have draped the coffins of numerous U.S. presidents and accompanied astronauts on the Apollo space missions. Valley Forge banners were "the U.S. flag of the Pacific Fleet" during World War II and accompanied landing parties on the beaches of Normandy.

Tuesday's decision was largely symbolic, but important, VandenBosch said. "We do not want to continue to hurt people."

Supporters of the Confederate flag say it is a reminder of South Carolina's heritage, and a memorial to Southern casualties during America's 1861-65 Civil War.

But the flag has also long been embraced by white supremacists. Last week, photos emerged online of Dylann Roof, the 21-year-old white man charged with murdering nine worshipers at the Emanuel African Methodist Episcopal Church in Charleston, posing with the flag.

The photographs have prompted renewed calls for the Confederate flag to be removed from the capitol grounds, and sparked a fierce political debate around the state and across the country.

South Carolina Governor Nikki Haley on Monday called on lawmakers to take down the flag, saying it does "not represent the future of our great state". On the same day, Wal-Mart Stores Inc and Sears Holdings Corp said they would stop selling products bearing the Confederate flag.

On Tuesday, online auction site eBay Inc said it would ban Confederate flags and related items containing the flag's image from its website as it had become a "contemporary symbol of divisiveness and racism."