Mary Cheney shames anti-gay GOPers: 'For years I have listened to them talk about importance of family' 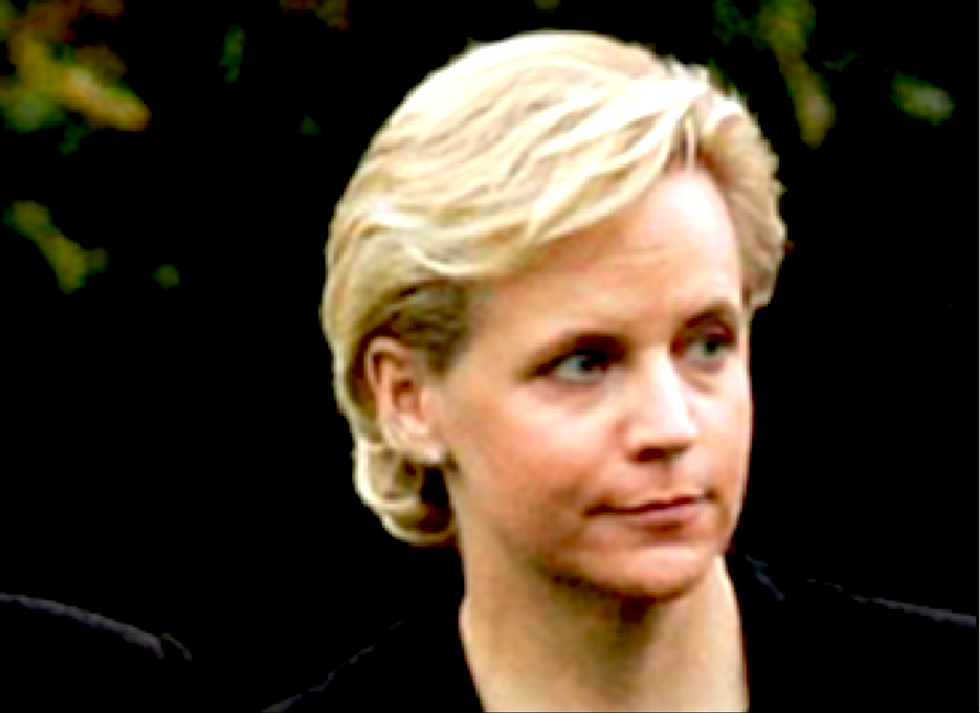 Mary Cheney, a Washington, D.C. political consultant and daughter of former Vice President Dick Cheney, suggested this week that members of her family's party were hypocrites for saying that they supported family values while they opposed marriage rights for same-sex couples.

In a column published by Fox News on Monday, Cheney pointed out that Republican presidential candidates seemed to be waging a contest to see "who can be the most stalwart defender of 'traditional marriage' – who can most effectively stoke the unfounded fears of the far right."

Cheney noted that GOP candidates "regularly throw around phrases like religious freedom and religious liberty, warn that marriage equality will lead to the criminalization of Christianity or the downfall of the American family, and fret that our nation’s very future is at risk."

"Let’s be clear. The fight over marriage equality isn’t about religious freedom or the criminalization of Christianity," she wrote, noting that states had carried out civil marriages without the church, and that would not change regardless of whether or not the Supreme Court recognized that same-sex couples had the equal rights.

She also reminded Republicans that American opinion was quickly shifting in favor of marriage equality.

"Regardless of what the U.S. Supreme Court decides this term, the American Public is already on the side of marriage equality. Should the Court oppose the expansion of the freedom to marry to all fifty states, millions of Americans will be disappointed, but progress will continue to be made. It will just take a bit longer."

According to the former vice president's daughter, the question was how the Republican Party would handle LGBT rights going forward.

"The Republican Party has always claimed to be in favor of certain key principles including, support for individual liberty, personal responsibility and the belief that strong families are the corner stone of our society," she insisted. "This is exactly why more leaders of the party should embrace the idea of marriage equality."

Cheney argued that more same-sex marriages would "increase relationship stability, strengthen families and provide legal protections for children growing up in same-sex families – all of which are goals in keeping with the principles of the Republican Party."

"For years I have listened while Republican candidates talked about the importance of family and the need for our country to support strong families," she declared. "I whole-heartedly agree. We do need to support families, but that means supporting all families – regardless of which state they live in, how they look or how they are made."