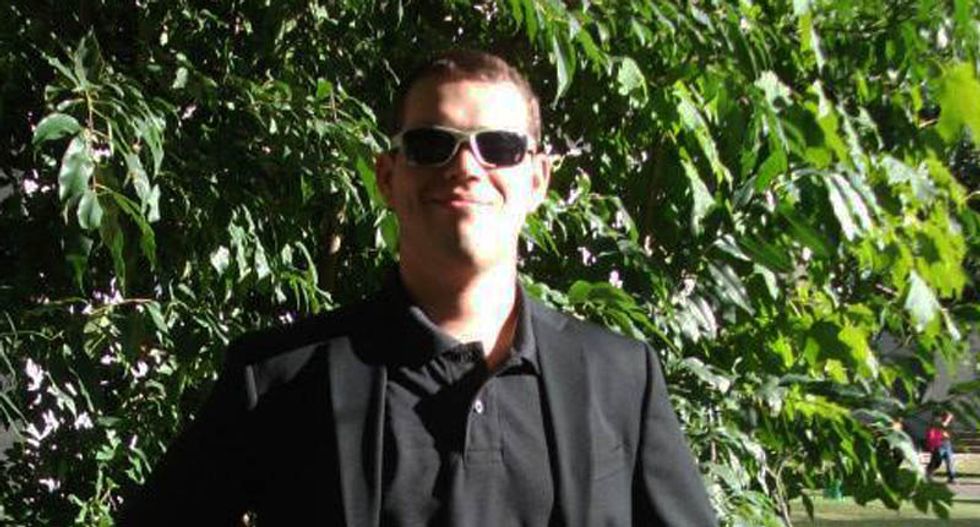 Several members of the men's rights movement have offered qualified support for a former Iowa mall security guard who shot and killed a 20-year-old woman Friday night after he was reportedly fired because the woman complained that he was sexually harassing her.

David Futrelle reported that commenters at a "red pillers" forum expressed sympathy for open carry advocate Alex Kozak, who they believe was unfairly treated by a system that takes sexual harassment complaints too seriously.

The so-called "red pillers" believe that society favors women over men, disenfranchising them and leaving them subject to laws and societal rules they feel are unjust to their gender.

According to Futrelle, members of the forum jumped to the defense of Kozak once they heard that sexual harassment accusations had been leveled against the married former mall cop, presumably leading to his shooting Andrea Farrington three times in the back with a 9mm handgun.

"Like rape, does the term sexual harassment pretty much no longer have any real meaning? IE it’s safe to assume there’s no chance this guy actually touched her or said anything overtly lewd?" wrote a commenter named Ziltoid, before adding, "As somebody who’s been job hunting for some time now picturing being fired, in this job market, over some twit finding you 'creepy'… Sad to say I’m finding it hard to blame him."

While some found Ziltoid's comments "creepy," others joined in by attacking the young woman who was shot, with one writing, "As far as I’m concerned, his being guilty of not giving these bitches the tingles is what caused him to get fired, and in turn, murder this chick."

Another commenter, Samseau, suggested that Kozak was guilty of something as inoffensive as telling Farrington she was "beautiful" before blaming Kozak's upbringing and society.

"He wasn’t being rude to anyone on his job. He wasn’t trying to be a pick-up artist on the job and shitting where he eats. His ‘prior-complaints leading up to his firing’ are almost certainly trumped-up charges. His crime? Being a beta male raised without a father and a domineering mother."

Red_Pillage took up the "blaming society" flag and ran with it, comparing Kozak to Elliott Rodgers, who went on a murderous rampage in Santa Barbara in 2014 over his frustrations with his inability to hookup with women for sex.

"Society is churning out weak men with no masculine guidance by the truckload. Add to that the social ramifications of unrestrained and optimized hypergamy, what you get is men with nowhere to turn. That masculine energy will express itself in destructive ways if it is not channeled properly," he wrote. " There’s gonna be a lot more Elliot Rodger’s coming down the pike. Now in this case the guy apparently wasn’t an incel, but I would be willing to bet that his murderous rage came from (at least in part) sexual frustration coupled with losing his job."

Kozak is currently being held on $10 million bail for the murder of Farrington.