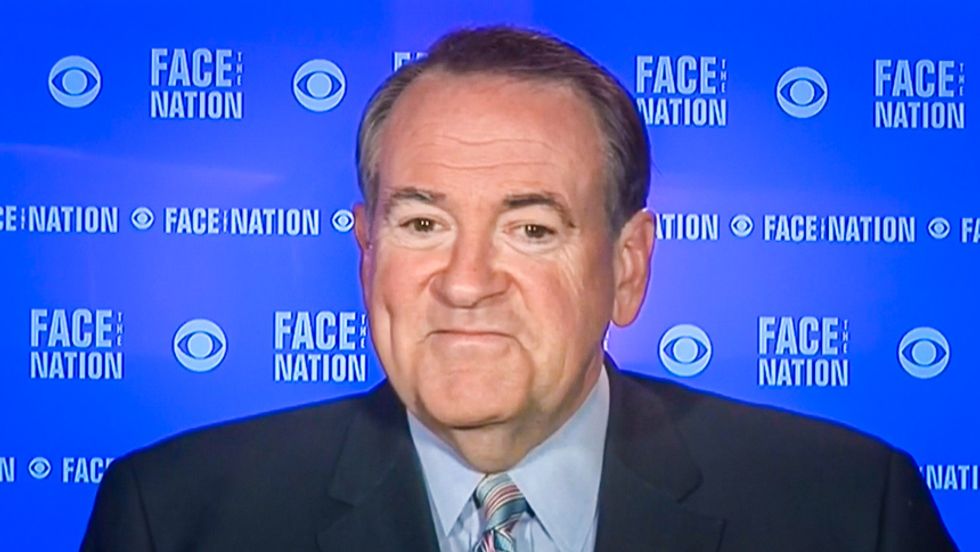 Mike Huckabee defended his joke that reduced transgender rights to the type of prank Richie Cunningham and his buddies, Potsie Weber and Ralph Malph, might pull on “Happy Days.”

The Republican presidential candidate and former Arkansas governor told a conservative group in February that he wished he were young again so he could pose as transgender and ogle nude teenage girls in the shower.

Huckabee, who is apparently trying to back away from his support for the Duggar family in the wake of their child molestation scandal, defended his creepy joke – which was highlighted last week by the conservative WorldNetDaily.

“I take nothing back from that speech,” Huckabee said Friday during an appearance on influential Iowa conservative Steve Deace’s radio program.

“I’m kind of glad it’s posted because people, if they watch the whole clip, what they’re going to see is that I’m giving a commonsense answer to the insanity that’s going on out there,” Huckabee said, in comments reported by Right Wing Watch.

He agreed with Deace’s suggestion that the media had “misplaced priorities” for criticizing his trivialization of transgender rights -- which he has done at least once before by expressing his desire to shower alongside teenage girls.