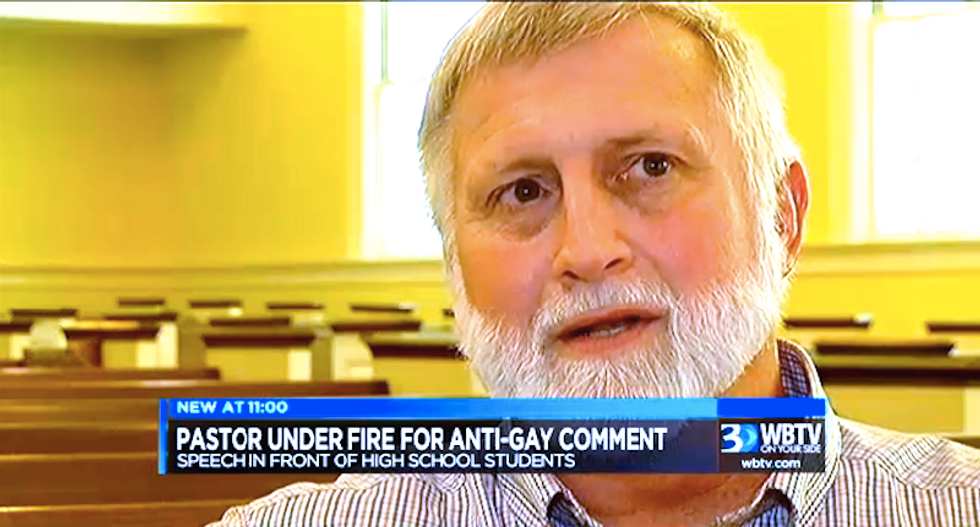 Students and parents are furious that a North Carolina pastor told graduating seniors they would go to hell if they were gay – but he insists he was just showing his Christian love.

“Do I hate anybody? Absolutely not,” Pastor Scott Carpenter told WBTV. “I just love them too much not to tell them the truth.”

Carpenter, interim pastor at Temple Baptist Church, made the comments during the baccalaureate service at Kings Mountain High School.

“It's a public school, (and) there are children here,” said parent Chuck Wilson. “I think there should be some level of responsibility of the speaker coming in to not take advantage of a captive audience.”

He described the pastor’s comments as “bullying.”

Carpenter said he didn’t care if anyone was offended by his remarks at the nondenominational religious service, which was optional for students.

“Nobody got bashed or anything -- all I did was simply speak biblical truth,” Carpenter said. “The number one audience that I have to please is God.”