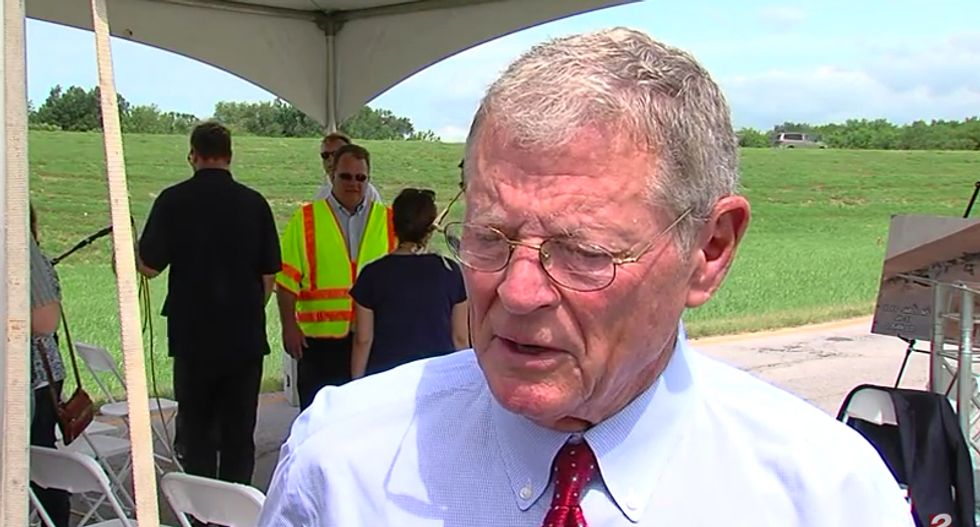 A Republican senator from Oklahoma, who once brought a snowball onto the Senate floor to disprove climate change, expressed his dismay with the Supreme Court clearing the path for same sex marriages nationwide, adding he has friends in the gay community who agree with him.

Adding, "They haven't ruled right on anything in a long time," Inhofe turned to Friday's landmark decision making same sex marriage the law of the land, saying he has gay friends who agreed with him that it was decided improperly.

“I’ve been disappointed, and I was not surprised. I thought they would rule the way they did. I know a lot of people, actually a lot of people who are friends of mine in the gay community, who also think it was a bad decision,” he explained.

Watch the video below from KJRH: