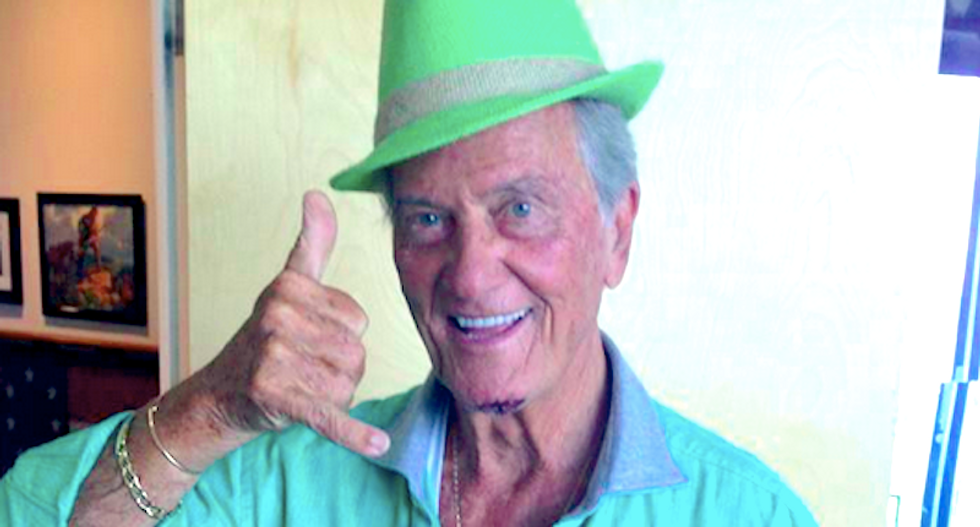 Pat Boone is sick of racism – at least, he’s sick of people pointing it out.

The conservative commentator and one-time teen idol complained that President Barack Obama pointed out the racial element in every highly publicized killing of an unarmed black person by a white police officer or vigilante, reported Right Wing Watch.

“Mr. President! For God’s sake, and America’s sake, quit so often calling crimes that involve a black person ‘racist’!” said Boone, who was best known for his sanitized versions of rock songs by black artists in the 1950s, in a column posted online by World Net Daily.

“As the president who came to office, a black man promising to bring people together, a man ideally suited for that job since you were born both black and white, you had a God-given chance to actually proclaim and demonstrate that racial divides and prejudice had greatly diminished and that our society was truly becoming colorblind,” the former pop singer complained.

Boone expressed similar concerns to Charleston terror suspect Dylann Roof about the coverage of Trayvon Martin’s killing by George Zimmerman, and he echoed police claims about the shooting of Michael Brown – who he described as a “very large black man.”

“At no time do I recall your mentioning the far greater instances of ‘black on black’ crimes, the high percentage of crimes of all types committed annually by blacks, or the senseless looting and violence that follows the inflamed ‘protests’ after one of the above-mentioned incidents,” Boone said. “Strange that you, our half-white president, have little to say about these things.”

Boone dismisses the massacre of nine black worshipers last week by an avowed white supremacist as a “satanically inspired” attack against Christians.

“Yes, I said, ‘inspired by Satan’!” Boone reiterated. “Though this had a racist element, to be sure, it was more than that and of far greater significance to America than that. This boy wasn’t just a sadist, or even criminally insane – he was carefully prepared and led by the Devil himself to kill as many Christians as he could. The fact that they were black was an excuse more than a reason.”

He asked Obama to “look in the eyes of these sad, forlorn, lost evildoers” – identifying Roof, specifically, as well as the men who gunned down innocent bystanders in Aurora, Sandy Hook, Columbine, and Overland Park, Kansas.

“Look deeply into their inner beings (not their skin color or professed motives), and you’ll encounter demons from hell, minions of Satan himself, coming diabolically against anything that God loves,” he said.

Boone urged the president to declare the United States a Christian nation -- or else.

“Simple, stupid ‘racism’ is not our problem, Mr. President,” Boone said. “It is declaring that we are no longer a nation ‘under God.’ And as our society increasingly moves away from God’s protective, loving hand, we can expect more and more horrific demonic evil.”