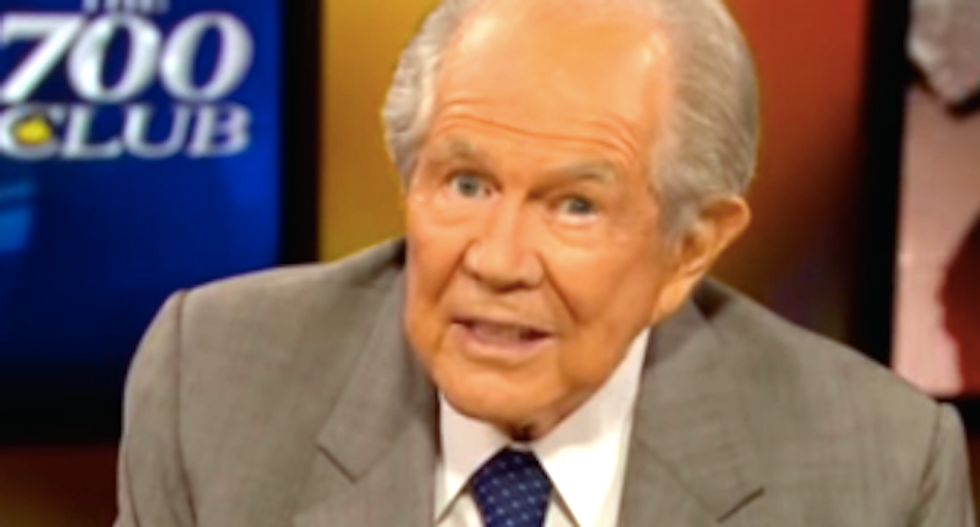 Pat Robertson advised a woman to show her Christian love by telling a co-worker that her dead toddler could have grown up to become the next Hitler.

The woman emailed the “The 700 Club” and asked Robertson how she should respond to a co-worker who could not believe in a god who allowed her 3-year-old child to die while healing other children, reported Right Wing Watch.

“I told her that I don’t know why her child died, but God sees the whole picture (while) we see only in part,” the woman said. “What else can I say?”

Robertson said God no longer oversees daily operations of earthly activity as He did in the Old Testament, so human error is more likely to blame for the child’s death.

“More and more in the New Testament era, we have come to realize that human beings have an agency, that have responsibility, and a lot of things happen because humans do,” Robertson said. “I mean people die in hospitals because of medical malpractice – somebody cuts the wrong thing, somebody dies. It happens all the time. Nurse gives the patient the wrong medicine – are you going to blame that on God? That’s not God, that’s people.”

Robertson – who has expressed “strong support” for tort reform limiting awards for medical malpractice – advised the woman to comfort her co-worker by suggesting that God had stopped her child from possibly becoming history’s greatest monster.

Watch all of his remarks posted online by RWW Blog: