Patrick Stewart defends bakers who refused to make pro-gay cake: 'I support their right to say no' 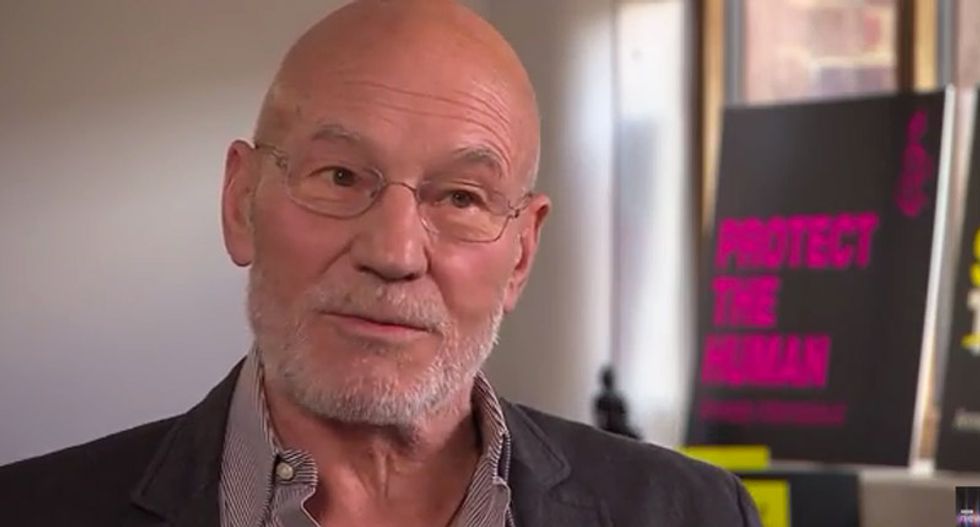 British actor Patrick Stewart, a vocal advocate for gay rights, surprised viewers in an interview Wednesday night, coming to the defense of the two Northen Ireland bakers who were fined after refusing to make a cake with a pro-same sex marriage inscription on it.

The Christian owners of Ashers Baking Company were convicted last week after refusing to make a cake featuring Sesame Street characters Bert and Ernie next to the words "Support Gay Marriage."

Speaking on BBC Newsnight, the star of television's Star Trek: The Next Generation and the X-Men movie franchise,  Stewart said that while he supported same sex marriage -- recently legalized in Ireland -- he didn't believe the bakers should have to set aside their beliefs when asked to write a message they disagreed with.

"When it comes to defending civil liberties and human rights, you cannot be too active and too determined," the actor began as he initially defended the right of prisoners to vote.

Pressed by the interviewer to see how far Stewart would go in the defense of civil liberties, Stewart stood up for the bakers who refused to make the cake.

"You've picked a deliciously difficult subject because, finally, I found myself on the side of the bakers," Stewart explained. "It was not because this was a gay couple that they objected. It was not because they were going to be celebrating some kind of marriage or agreement between them. It was the actual words on the cake that they objected to."

"They found them offensive," he continued. "I would support their right to say 'no, this is personally offensive to my beliefs and I will not do it.' I felt bad for them that it cost them 600 quid or whatever. "

Watch the video below, uploaded to YouTube by BBC Newsnight: