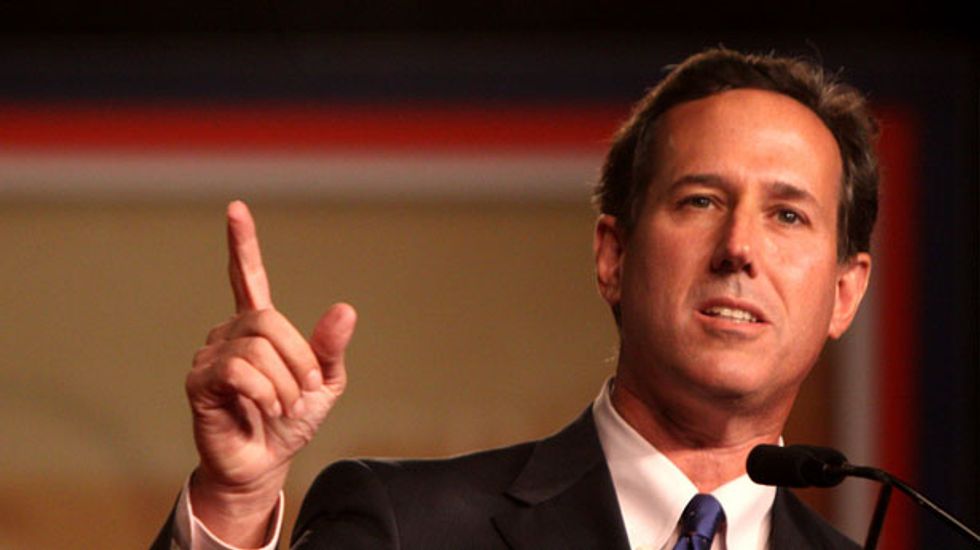 Republican presidential candidate Rick Santorum asserted on Thursday that a massacre at a historically black church in South Carolina was part of a larger "assault on our religious liberty" in the United States.

Speaking to AM970 radio host Joe Piscopo, Santorum said that it was hard for him to believe that "things like this can happen in America."

"It's obviously a crime of hate," he noted. "We don't know the rationale, but what other rationale could there be. You're sort of lost that someone would walk into a Bible study at a church and indiscriminately kill people."

"This is one of those situation where you have to take a step a back and say -- you talk about the importance of prayer at this time, and we're now seeing assaults on religious liberty we've never seen before," the candidate noted. "So, it's a time for deeper reflection even beyond this horrible situation."

In fact, witnesses to the shooting and other reports have indicated that the shooter was a white supremacist who chose the historically black church because he wanted to kill black people.

Rick Santorum's remarks on the shooting begin at the 26 minute mark of the following audio clip.