S. Carolina lawmaker announces bill calling for Confederate flag to be taken down 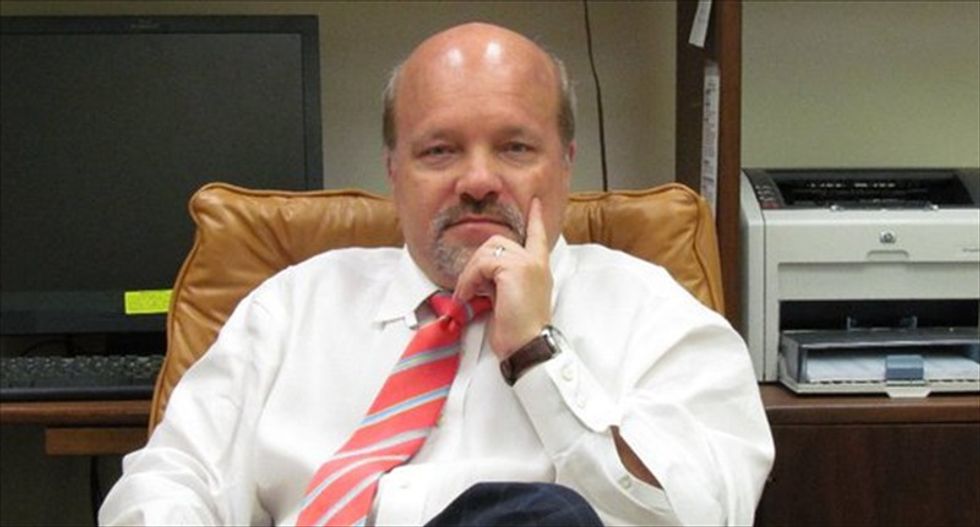 South Carolina state Rep. Norman "Doug" Brannon announced on Friday night that he would introduce a bill to remove the Confederate flag from the state capitol, citing the death of Sen. Clementa Pinckney during the terrorist attack in Charleston earlier this week.

"I had a friend die Wednesday night for no reason other than he was a black man," Brannon, a Republican, told MSNBC host Chris Hayes in a phone interview. "Senator Pinckney was an incredible human being. I don't want to talk politics, but I'm gonna introduce the bill for that reason."

Brannon said he was aware of the renewed calls for the flag to be taken down in the wake of the mass shooting, which caused the deaths of Pinckney and eight of his congregation members at the Emanuel African Methodist Episcopal Church. The suspect, 21-year-old Dylann Roof, has been seen in pictures with a Confederate flag on his license plate.

"Again, I'm not a politician tonight," Brannon asserted. "But I do have access, and I will introduce that bill in December. I will pre-file in December, before we go back into session."

Brannon's announcement came hours after the National Association for the Advancement of Colored People (NAACP) demanded that the flag be taken down from the state House.

Sen. Lindsey Graham, a Republican presidential candidate from the same state, has called the flag "part of who we are." Alternet reported that Gov. Nikki Haley has largely avoided the issue.

"Fifteen years ago the General Assembly at the time they had a conversation," Haley said in a recent interview. "The Republicans and Democrats and everybody came together on a consensus to bring the Confederate flag down off of the dome. And they put it on a monument out in front. I think that conversation will probably come back up again. And you what we hope that we do things the way South Carolinians do. Which is have the conversation, allow some thoughtful words to be exchanged, be kind about it."

Watch Hayes' interview with Brannon, as aired on Friday on MSNBC, below.