Sean Hannity: McKinney cop had to defend himself from being 'shanked' by pool party teens 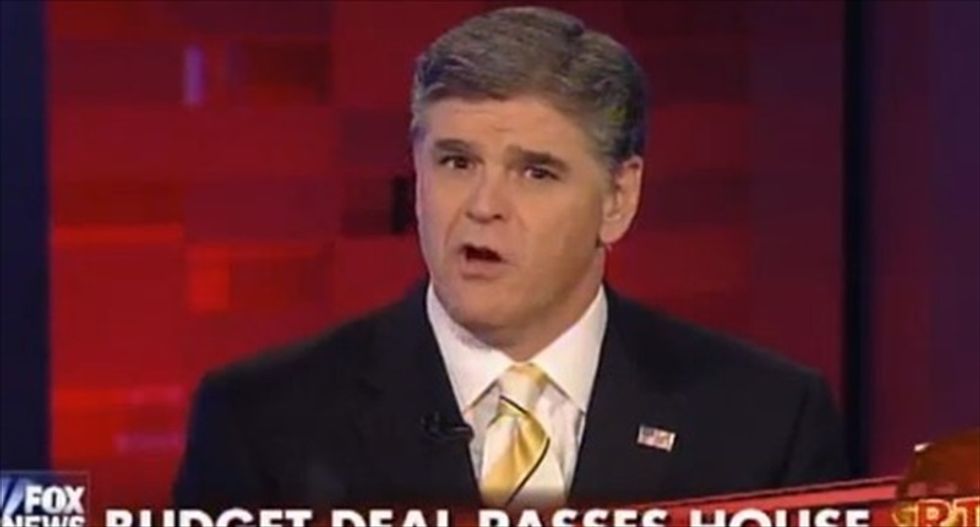 On Sean Hannity's afternoon radio show, the Fox News personality defended McKinney policeman Eric Casebolt for drawing his service weapon on the kids attending a pool party, saying one of the teens could have stabbed him with a "shank."

Hannity also tied the Texas teens to a disturbance at a hip-hop concert halfway across the country in New Jersey, in the audio captured by Media Matters.

Light on details about the Texas incident and peppering his commentary with multiple "apparently's" and "supposedly's," Hannity made a point of saying "in the melee that ensued, nobody got shot," before defending a "very stern" Casebolt for swearing at the teens, saying, "Yeah, he used curse words. What do you want him to do, the kids are listening to him."

After saying Casebolt can be see pushing "a girl to the ground during this confrontation," Hannity added, "You're never going to see an arrest that looks good on video. Especially an arrest that is being resisted or people are not listening when police officers are saying 'leave, leave now.'"

Speaking with liberal radio commentator Chris Hahn, Hannity defended Casebolt after Hahn criticized the policeman saying  "I watched a cop push the face of a 15-year-old girl into the dirt" adding "it's hard to believe that cop couldn't have subdued that young skinny 15-year-old girl--" before Hannity interrupted him.

"Doesn't this cop have an obligation to protect himself?" Hannity asked, before adding that the kids were refusing to disperse, "They don't know if those same kids that won't respect them and take their orders to leave, are they going to hit them in the back with a shank when they're arresting someone."

The word "shank" is normally used in reference to a rudimentary knife made from scrap metal or a toothbrush in prison, and used by prisoners for defense or revenge killings.

During his diatribe, Hannity also blamed President Obama for criticizing police over shootings of unarmed African-Americans.

Listen to audio below via Media Matters: