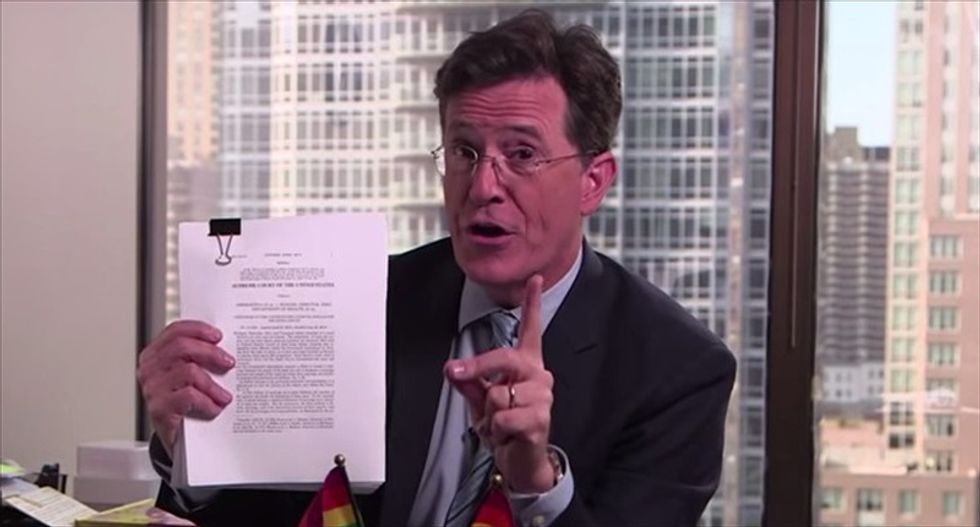 Late Show host Stephen Colbert released a short commentary on the legalization of same-sex marriage on Friday, in which he both roasted Justice Antonin Scalia, and called him out.

Scalia, Colbert noted, said in his dissenting opinion that he would "hide his head in a bag" if he were part of an opinion that began in the same way as Justice Anthony Kennedy's majority opinion.

"I could've sworn he was already hiding his head in a flesh-toned cinch sack," Colbert said of Scalia, before adding, "Please come on my show, sir."

Colbert also poked fun at Chief Justice John Roberts' remark that same-sex couples should celebrate their newfound status, but not the Constitution, saying that Roberts was likely to send some couples congratulatory cards saying,

"You guys are perfect for each other -- and a cancer on our democracy."

Watch Colbert's commentary, as posted online on Friday, below.