The unbelievable battle against gay conversion therapy in New Jersey 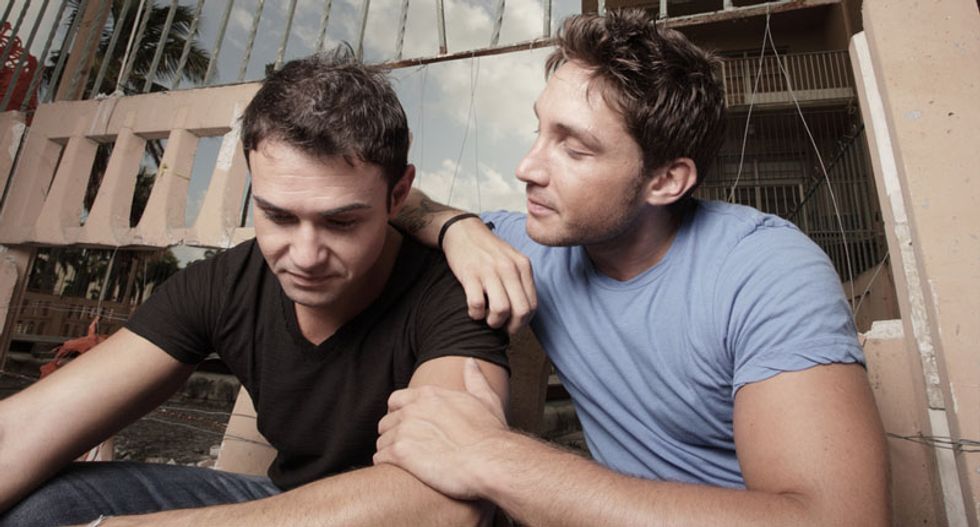 With all the success the LGBT community has been experiencing with marriage equality throughout the U.S., the fact that gay conversion therapy still exists demonstrates how much more work there is to be done in our backward thinking country.

Conversion therapy is exactly what it sounds like: a group of conservative fraudsters who implement scientifically unproven methods aimed at changing someone's sexuality. From electroshock therapy to sexual assault, reparative therapy centers have done it all, and we're still having a ridiculous debate about whether or not they should be able to do so legally.

There are many issues at play here. For one, many teenagers who have been stigmatized by their intolerant families are forced to attend these therapy sessions, which in turn could lead to self-harm or suicide. Also, there's that pesky fact that sexuality is not something that can be changed. Sexual orientation is much more complicated than most people truly understand, with a variety of factors at play. True, sexuality can be fluid, and everyone exists somewhere on the Kinsey Scale. But if you're gay, chances are that you'll always be gay, and there is absolutely nothing wrong with that.

For the sake of anecdotal evidence, I'll disclose that I'm straight. I never made a decision to desire men. You can force me to watch the hottest lesbians in the world having sex and I'll still want the D.

Thankfully organizations that fight for civil rights, like the Southern Poverty Law Center, are going after these hateful establishments by filing lawsuits aimed at outlawing them. SPLC's latest suit involves a Jewish conversion therapy center known as JONAH, or Jews Offering New Alternatives of Healing. JONAH actually forced one of their clients, Chaim Levin, to stand in front of a mirror and criticize himself while removing all of his clothing. He was then forced to touch his genitals in front of his so-called "therapist" Alan Downing.

Hopefully Levin can experience some justice considering he is a plaintiff in SPLC's lawsuit against JOHAH.

What makes this legal battle so unique in the world of bigots cashing in on fake science is that the SPLC is using consumer fraud to go after JONAH. If the jury buys the argument, it could set a precedent and have an overwhelming impact throughout the country.

Currently only California, Oregon, New Jersey, and the District of Columbia have banned the unscientific and extremely harmful practice for minors. However, there are currently 70 organizations spanning 20 states that allow gay conversion therapy clinics to operate.

While I commend the SPLC's incredible fight for the gay community, the idea that we have to define gay rights on a state-by-state basis is absolutely infuriating. Gay rights is a civil rights issue. Therefore it's up to the federal government to protect the LGBT community through domestic policy. These reparative conversion centers should be banned on a federal level, especially since they're fraudulent with their claims.

If people are born gay, bisexual, or transgender, why is it ok for some states to protect them, while other states treat them as second-class citizens? Why are we allowing religious zealots to make decisions that negatively impact entire groups of people when we're supposed to live in a country that separates church and state? Right now we're dealing with political cowards on a federal level who refuse to represent the best interests of the people, and I'm frankly tired of hearing about states' rights when it's convenient for closeted conservatives who want to suppress their own sexuality.