The wonderful immorality of atheists 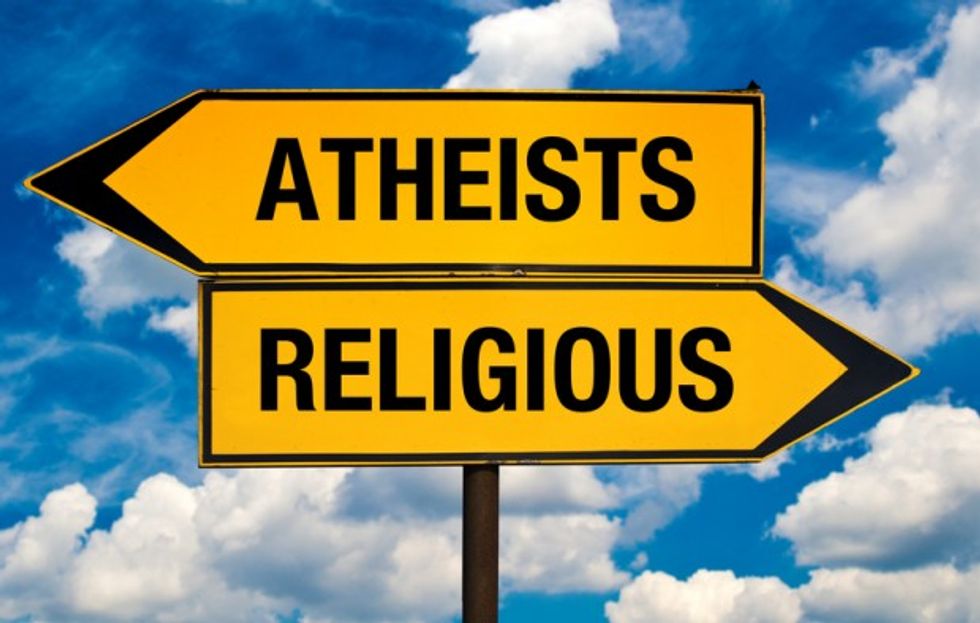 Stock photo: Morality according to the religious. (Credit: Shutterstock.com)

A few weeks ago, a colleague of mine confided in me about his son dropping a gigantic bomb regarding his religious stance. My friend's child came out as an atheist, which understandably makes parents who do believe in religion a little uneasy.

Despite the growing number of people in the U.S. who consider themselves unaffiliated with any particular religion, there is still a great deal of fear surrounding the atheist community because we're taught that religion is where we develop our moral selves. But all it takes is a little investigating to understand that nothing could be further from the truth.

Case in point: the anonymous founder of the Biblical Gender Roles website, who seems to think there is no such thing as marital rape. Mr. Anonymous Creeper references the Bible in his post about the topic and states that if a married man wants to have sex with his wife, she simply can't have the audacity of rejecting him. Remember ladies, if you're married, your body no longer belongs to you, but rather to your husband.

A “wife does not have the right to stand and deny her husband access to her body,” he writes, adding that she can ask for a delay with a “legitimate” reason, but “the judge of what is legitimate or not is her husband.”

That's not even the worst part of his laughable blog post, which makes me realize this clown is anonymous for a reason.

“But I will say this, despite American laws to the contrary, Biblically speaking, there is no such thing as ‘marital rape,'” the writer continues. “In the Scriptures, the only way rape occurs is if a man forces himself on a woman who is not his property (not his wife, or concubine). A man’s wives, his concubines (slave wives taken as captives of war or bought) could be made to have sex with him, no questions asked.”

Oh, I guess a man having concubines is admissible in this very moral religious teaching, but a woman not being in the mood to fornicate is unacceptable. He even goes into detail about how a man can use lube to get her nice and ready for sexual activity she doesn't want, especially if she's having a hard time getting aroused on her own.

And please ladies, don't expect your husband to have a conversation with you every single time he wants to get laid. Sometimes all he wants is sex, and you should shut up and take it.

“But wives need also to understand that sometimes a man has a rough day, and all he wants to do is have sex and forget his troubles, he does not want to talk about it,” he writes. “Your wife needs to respect this, and should not ALWAYS insist that you have to first connect verbally, she also should try to see sex from your perspective too – that sometimes you won’t be ready to talk until after you have had sex.”

So, is that the lovely morality that atheists like me lack? If so, then I have no interest in being moral. I'd rather be an immoral person who believes that no man or woman's body belongs to anyone except themselves. I'd rather believe in unions where both parties respect one another and compromise to make the bond stronger.

The notion that religion is necessary to teach people the difference between right and wrong is irrational and illogical. There isn't any prevalence of atheists orchestrating suicide bombings or honor killings. I also don't see non-believers advocating for the treatment of women as second-class citizens. I don't see atheists traveling to other countries to convince their governments that murdering members of the LGBT community is fine and dandy! Brutal wars are currently being fought where innocent people are losing their lives in this very moment, and it's all in the name of religion.

So the next time someone has the audacity to ask me how I can be moral without the fear of a sky god dictating my life, I'd like to ask them how many people they would murder if the fear of hell ceased to exist.