US military to develop Star Wars-style hoverbikes with British company 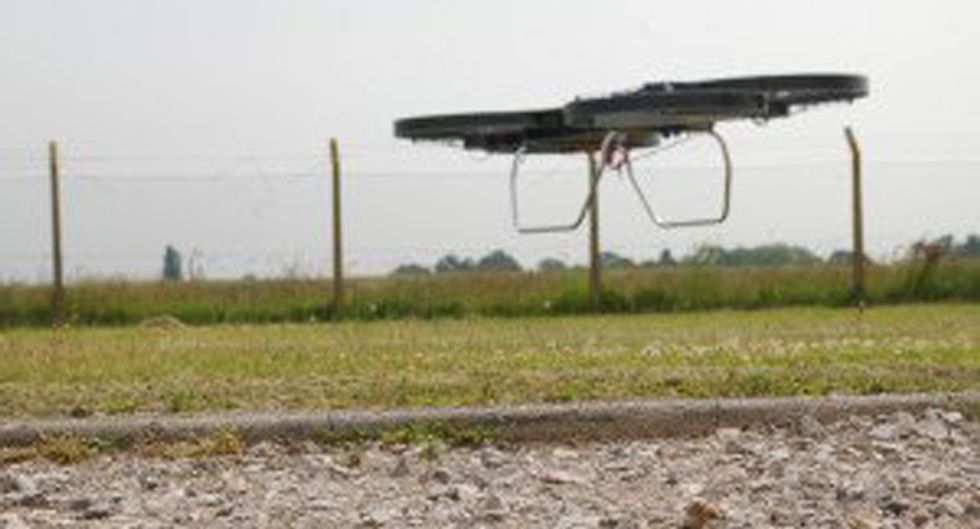 P2 Hoverbike in a static hover

The Malloy Aeronautics prototype, powered by four bladed fans, is intended to do many of the jobs of a helicopter but will be safer and cheaper

Science fiction-obsessed children of the 1960s might have been disappointed to know that half a century later they would neither live in space nor get their meals in the form of pills. One thing that would have impressed them about 2015, though, is the ability to order your own personal hoverbike .

You can now do just that, even if it is currently a request for an order with the delivery date uncertain. Malloy Aeronautics , the UK-based firm developing the machine, has already had understandable interest in their creation from the US military.

The hoverbike, remote-controlled versions of which are already flying, is heavily based on drone technology, powered by four bladed fans in protective casings. The design is intended to provide stability, speed and, the company hopes, the same range as a small helicopter.

The initial version, using two fans, was built in 2011 by Chris Malloy, a New Zealander then based in Australia. Powered by a 1200cc BMW motorbike engine, it was flown using motorbike-style controls.

Malloy then set up his eponymous company in Berkshire, in part funded by money from the seed-funding website Kickstarter . The firm first developed a drone in the new four-fan design, now on sale for as little as £595 excluding VAT . They are also building the four-fan hoverbike with investment from the US Army Research Laboratory .

Grant Stapleton, the co-director of the company with Malloy, said no one had yet flown on the new version of the hoverbike: “At the moment, it’s radio controlled, it’s flown as an unmanned vehicle. We haven’t put someone on it yet and won’t do for a little bit, while we’re working on its flight performance, things like that.”

Part of the testing involves a scaled-down prototype on which perches Buster, a 3D-printed mannequin fitted with a video camera. Those impatient for a hoverbike can download and print their own Buster .

Stapleton refused to be drawn on how fast the eventual bike could travel, or at what height: “We’re still designing it, so we don’t know its full speed or altitude. We’ve got estimates, but it’s not really appropriate to say yet. When you build a prototype, it’s going to be slow and clunky at first, but we’ll find out things that will improve its performance by significant percentages.”

Bigger versions could come later, too, he said. “At the moment, we’re just looking at it being able to carry one person, but we’ll see where we go from there. It’s not unreasonable to expect it to carry more people, but we haven’t developed that as yet.”

The company is to set up a base in Maryland so it can develop the hoverbike closer to the US military, and it is working on the design with the US firm Survice .

Stapleton said the eventual design would have many possible roles. “We would certainly have a lot more interest in the civilian and humanitarian uses. That’s the part that excites me, personally. It’s a product that’s very versatile, small and inexpensive.

“It can get into places that a regular helicopter wouldn’t, and costs a lot less to use. And it’s considerably safer, with these ducted fans. If you bump into something, it’s not going to cause an accident or cause any damage.”

As yet, the creation, officially called the Hoverbike Helicopter, does not have a price or a target date for the first deliveries. “Now taking requests for orders,” the company’s website says tantalisingly.

Related: The Guardian and Observer are now available on Kindle