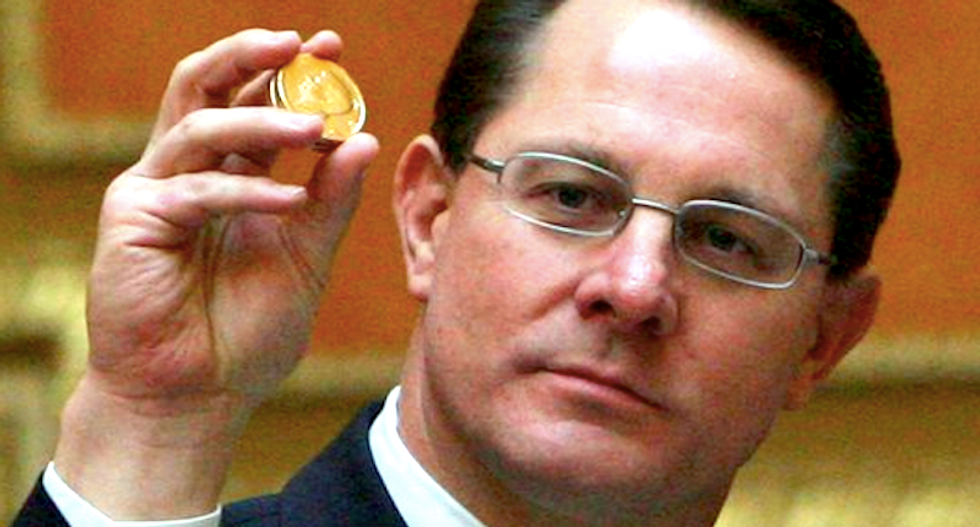 A Utah Republican is ripping off local governments in three states while promoting the transfer of public lands back to states, according to a complaint filed by a watchdog group.

However, Ivory and his wife, Becky, have kept more than half the money for themselves, the watchdog group says in a formal complaint filed in Utah, Montana, and Arizona.

"Rep. Ivory is a snake oil salesman, cloaked with respectability by his position as a legislator," said attorney Anne Weismann, executive director of Campaign for Accountability. "Local government officials need to learn the truth about Rep. Ivory's claims before they are suckered into parting with taxpayer funds."

"He might as well be trying to sell them the Brooklyn Bridge," she added

The group has asked the attorneys general in those three states to investigate ALC fundraising – which critics and legal experts say is based on a faulty understanding of the law.

Ivory promises donors that ALC can get federally owned public lands transferred back to state control – but experts say all reliable and economic analyses show the lawmaker’s claims have no legal foundation and would cost states more than they would receive in benefits.

The complaint accuses Ivory of promoting “the fiction that the federal government is legally required to return public land to the state.”

Critics say the law, passed before the standoff last year between scofflaw rancher Cliven Bundy and the Bureau of Land Management, allows mining and timber companies to extract resources without following federal regulations.

The law demanded the federal government hand over 30 million acres to Utah by the end of last year, and the state is now spending $2 million to convince the U.S. Congress to comply.

"It's so much bigger than Bundy," Ivory told Fox News last year. There are issues ... all across the West where the federal government is exerting control over things it was never supposed to control," Utah state Rep. Ken Ivory told Fox News. "The federal government was supposed to be a trustee. They do own the land. They do hold title to the land in trust ... but they have a duty to dispose of the land with all states east of Colorado."