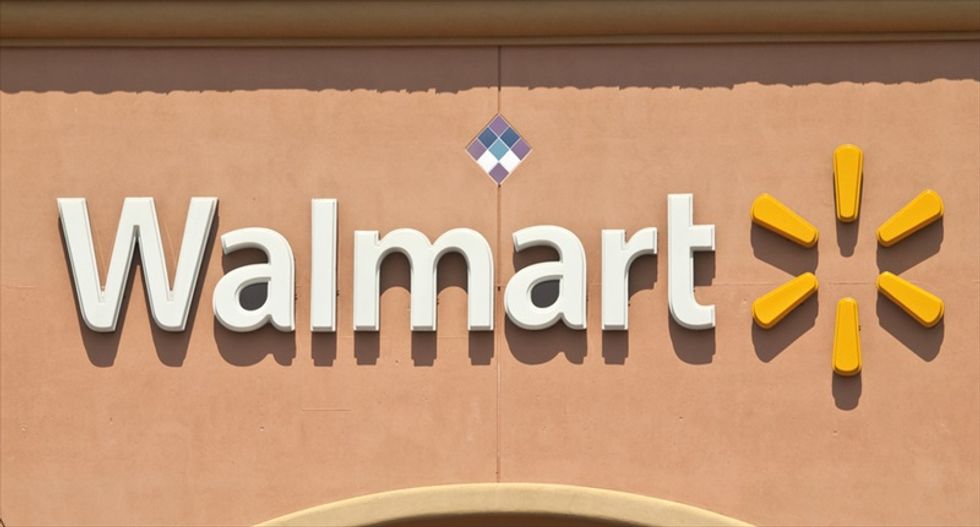 The move by the major retailers came the same day South Carolina Governor Nikki Haley called on lawmakers to take down the flag, considered by opponents to be a symbol of slavery and racism, at the state capitol grounds.

The accused white gunman posed with the flag in photos online. Supporters, who fly the flag or wear it on clothing, see it as a symbol of the South's history and culture, as well a memorial to the Confederate casualties during the 1861-65 Civil War.

A Wal-Mart spokesman said the company does not want to offend anyone with the products it offers.

"We have taken steps to remove all items promoting the confederate flag from our assortment – whether in our stores or on our website," spokesman Brian Nick said in a statement.

Wal-Mart's website still showed the flag and other merchandise carrying the flag available for purchase.

Nick said Wal-Mart has a process in place which helps them decide the merchandise they sell. Still, at times, items make their way into their assortment improperly. "This is one of those instances."

Sears, which operates Sears and Kmart stores, does not sell confederate flags at its stores and has decided to remove sales of such merchandise by third parties on its online marketplace, said spokesman Chris Brathwaite.

“We are in the process of scrubbing our marketplace to pull those items down,” Brathwaite said.

A check on Target Corp's website did not show any flags being sold. A spokeswoman said she is checking with the company's merchandising team.

A search on Amazon.com found Confederate flags and merchandise featuring flag designs sold by third parties on Amazon's website and some shipped by Amazon on their merchants' behalf. Amazon itself did not appear to be selling the flags or related items.

Rival Ebay Inc listed over 1,000 Confederate flags and related items offered by third-party sellers on its web site. The company could not be immediately reached for comment.