WATCH: Bill O'Reilly freaks out when guest asks: 'How many black friends do you have?' 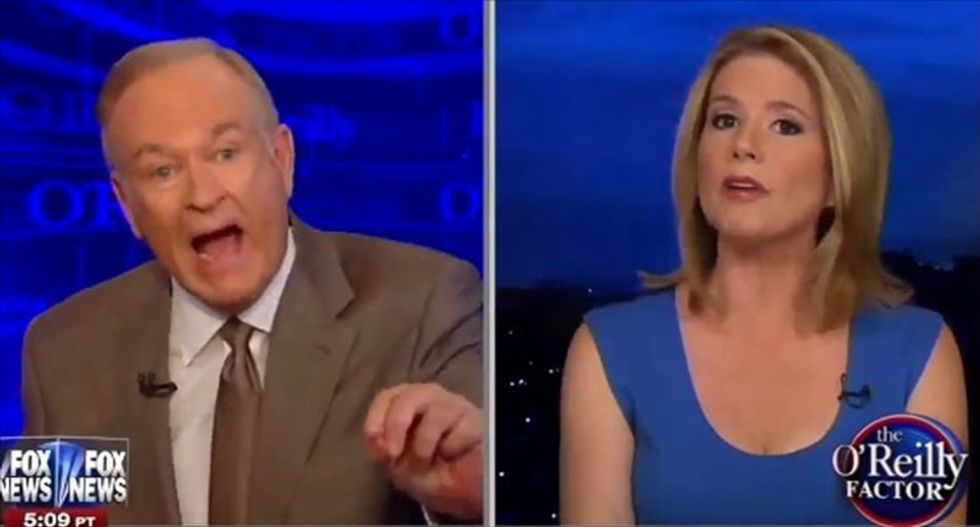 Fox News host Bill O'Reilly lost his patience with guest Kirsten Powers on Tuesday while accusing both her and liberals of unfairly painting the US as a racist country.

"I have to wonder why you can't see what's happening, because most Americans are not racist," the Factor host told her. "They're not."

"I'm asking you a serious question," Powers said. "I didn't say most Americans were racist."

But what Powers actually told him was, "There are actually a lot of people in this country who are racist." Both O'Reilly and fellow panelist Monica Crowley argued that racism had been limited to the "lunatic fringe" of the country.

O'Reilly, who has denied the existence of white privilege in the past, argued that people were being "sold" the idea that the US is dealing with white supremacy.

"If you don't get it, then you must be living in a hut somewhere with no electricity," he told Powers.

"I'm living in the real world where you can actually defend America and people don't attack you," Powers replied. "I don't even know what you're talking about. You're saying that you can't defend America without people attacking you?"

"I'm saying that the world is being told by anti-American haters that we are a rank racist society, and that is a lie," he said.