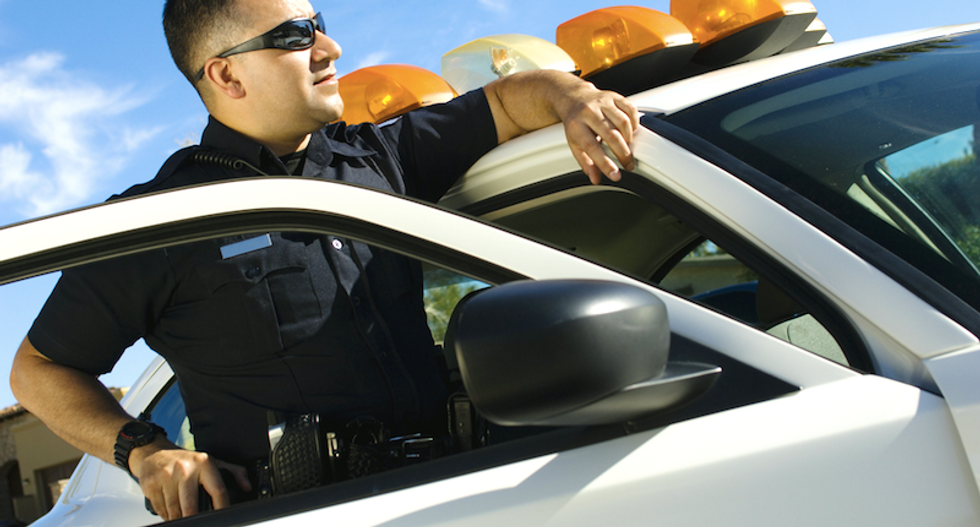 Police are investigating a viral video that appears to show a Charleston police officer refer to the recent church massacre to threaten a group of swearing black children.

The video, which was posted on Facebook, shows a group of children hurling profane insults as they approach the unidentified officer’s patrol car as he drives past, reported WCSC-TV.

It’s not clear from the video why the children were swearing at the officer.

Just before the video ends, the officer appears to threaten the children: “Don’t go to church and get hurt.”

The officer, who also appears to be recording the encounter, then drives away.

Witnesses said the video was recorded Monday in the Ardmore subdivision in West Ashley, the station reported.

A spokesman for the police department said the officer’s actions were under investigation.

"(We will) continue to demonstrate through both words and actions that we are here to provide safety, security and comfort to the families, church and community," said the department spokesman, Charles Francis.