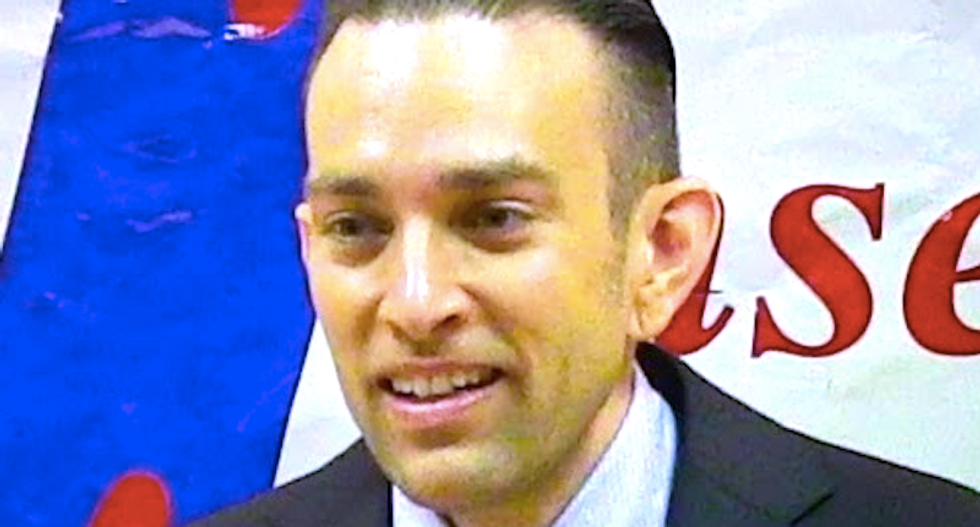 A white nationalist blogger cited as an inspiration by the Charleston terror gunman denied he was racist and blamed the media for fueling racial tensions.

“I am not a racist -- racist is a slander term,” said Kyle Rogers, who catalogs black-on-white crime for the Council of Conservative Citizens website. “The media calls everyone a racist. There is no substance to it, but there is no libel protection to it in the U.S.”

In a lengthy interview with The Daily Mail, Rogers denied any connection between the CCC – which is classified by the IRS as a tax-exempt social welfare organization – and suspected killer Dylann Roof.

“The CCC have searched all its data bases and he never contacted the group,” Rogers said. “He has never contacted me, and the fact that he mentioned the website is just a fluke. He is not part of the group -- nobody knows him.”

Roof is believed to have written a manifesto that traces the origins of his racist radicalism to reading posts – many of which were written by Rogers – about black criminals on the CCC website after becoming obsessed with the Trayvon Martin case.

“This prompted me to type in the words 'black on White crime' into Google, and I have never been the same since that day,” the manifesto reads. “The first website I came to was the Council of Conservative Citizens. There were pages upon pages of these brutal black on White murders. I was in disbelief.”

The CCC website was taken offline after the manifesto was discovered, but Rogers – who lives about 25 miles from Charleston, in Summerville – shared remarkably similar concerns about media coverage of racial relations as Roof expressed in his manifesto.

Rogers insists that he is angry at the media, not black people, and denies having a hatred for anyone.

“I have never said it is wrong with black people being in this country,” he said. “The problem I have is the way the media tries to antagonize racial tensions between black and whites against each other.”

He claimed CCC had a few black members, but he could not name any black friends and instead identified a couple of black musicians whose work he enjoyed.

“I like some black guitarists like Saul Hudson (Slash) of Guns 'N' Roses and B.B. King,” Rogers said. “There is another one but I can't remember his name."

The Council of Conservative Citizens, which was founded in 1985 as the reincarnation of the segregationist White Citizens Councils, officially opposes “all efforts to mix the races” and promotes the belief that Americans and their government “should remain European in their composition and character.”

The group has long enjoyed close ties to prominent southern politicians – including Bob Barr, Mike Huckabee, and Trent Lott – and its current president has given at least $57,000 in recent years to Republican candidates.

In addition to blogging for CCC, Rogers operates Patriotic Flags, which sells Confederate flags, pirate flags, and flags from the apartheid-era Rhodesia – similar to a patch worn by Roof in a photo.

Rogers flies a German government flag, which features a Holy Roman eagle, on his car – which he says was nothing more symbolic than a celebration of his German heritage.

“I have had other (flags),” he said. “I have peeled them off because they got dirty and somebody had given me a German one. But I despise Hitler -- I am against Nazis. Nazi Germany was only 10 years of history.”