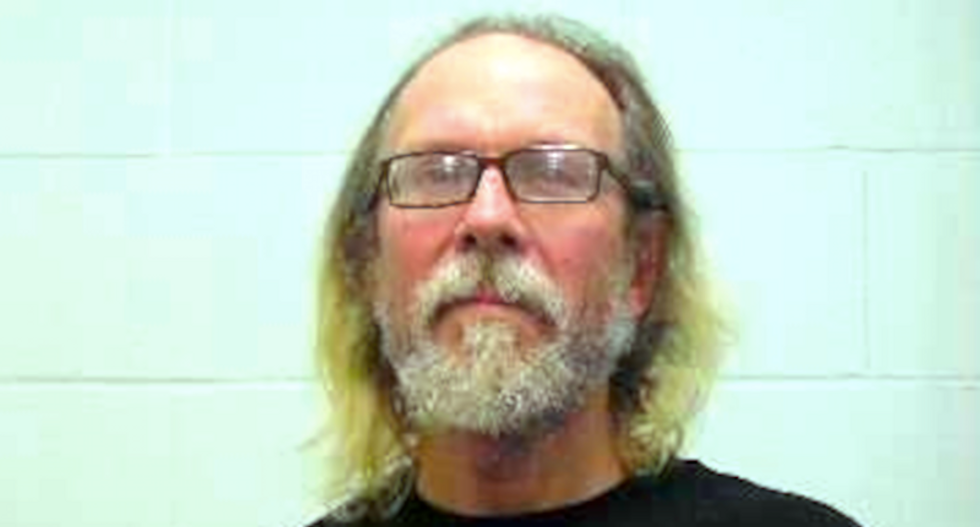 A white supremacist is trying to raise money in another attempt to fulfill his dream of establishing a racist enclave in a remote North Dakota town.

Craig Cobb’s last attempt ended in disaster after residents of Leith, where he had bought 12 lots in 2012, chased him and his followers out of town.

The 63-year-old Cobb was jailed for about five months on felony terrorizing and menacing charges after he led gun-toting white nationalists through the tiny town he had hoped to convert into a whites-only enclave.

A fellow white supremacist also targeted Cobb with racist graffiti after he appeared on a daytime talk show and took a DNA test that revealed sub-Saharan ancestry.

He deeded his property back to the city in early 2014 and remains on probation for the felony convictions.

But now he hopes to set up an Indiegogo fundraiser to help him come up with about $70,000 to buy property in Antler, a tiny town about one mile from the Canadian border and about 17 miles from his current home in Sherwood, reported the Grand Forks Herald.

Cobb said he has been negotiating with a seller for a couple of months to buy property in Antler, where he said there are 28 lots and three homes for sale.

The town’s mayor said he had not heard about Cobb’s plans until a reporter asked him about them, but he said there wasn’t much he could do to stop the white nationalist from buying property.

"It's really pretty hard to stop anybody from coming into town and buying stuff," said Mayor Bruce Hanson. "It's kind of a private enterprise thing."

However, Cobb and his supporters could run into zoning problems if they buy the undeveloped property -- which needs water, sewer, and electric service that must be approved by the City Council.

Cobb intends to call his latest project Antler, ND PLE – which stands for Pioneer Little Europe, a white nationalist movement that encourages followers to set up communities in remote areas.

His followers set up a Facebook group for Cobb’s latest effort that encourages anyone seeking freedom of speech and freedom from genetically modified organisms to join them in rural North Dakota.

The page has numerous posts about black criminal suspects in cases involving white victims and at least a half dozen on Rachel Dolezal, a white woman who posed as black and was elected president of the Spokane, Washington, chapter of the NAACP.

"Anyone who was fired from their jobs due to the Anti-White witch hunt, we would love to have you come and live and work in the Antler PLE," the group said. "We believe in free speech and do not think your livelihood should be tampered with for speaking the truth. We actually believe in worker's rights unlike the communist Left Side."

Cobb and his followers say their efforts in Antler are bound to be more successful because they claim more support, and they defended their intentions to build a whites-only community.

Antler residents can breathe easy for now, however, because Cobb said he would not move to the town until its law was changed to allow horses within city limits.