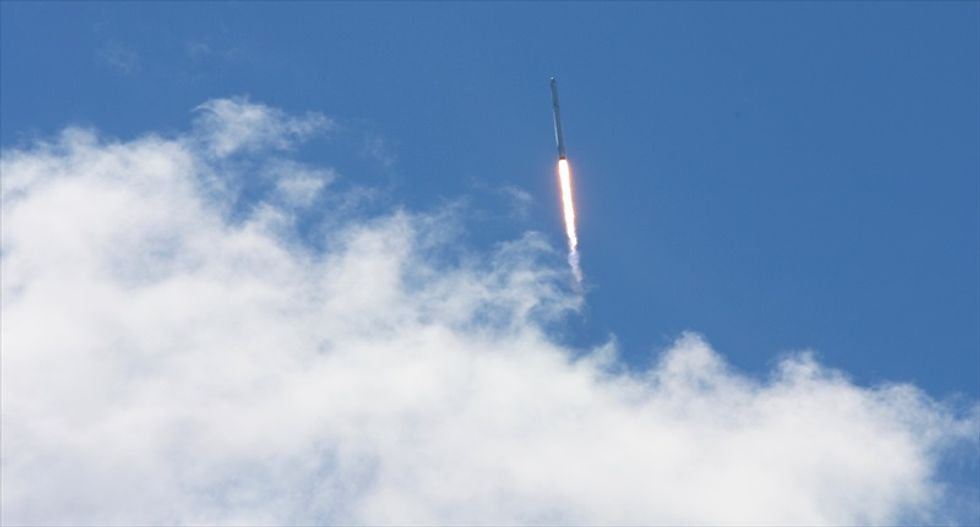 SpaceX can compete to launch a U.S. Global Positioning System satellite despite a Falcon 9 rocket accident this weekend, the Air Force said on Wednesday.

“SpaceX remains certified and can compete for the upcoming GPS III launch service,” Lt. General Samuel Greaves, who heads the Air Force’s Space and Missile Systems Center, wrote in an email to Reuters.

The Air Force plans to release a solicitation for launch service proposals this month, the first time SpaceX, which is owned and operated by technology entrepreneur Elon Musk, will be eligible to compete against United Launch Alliance (ULA). The joint-venture of Lockheed-Martin and Boeing has had a monopoly on the military’s launch business.

In May, SpaceX won a hard-fought, two-year battle to have its Falcon 9 rocket certified to fly military and national security satellites. On Sunday, one of those rockets exploded after liftoff.

The cause of the accident, which claimed a cargo ship heading to the International Space Station for NASA and was the first Falcon 9 launch failure in 19 flights, is under investigation.

While not directly involved in the mission, the Air Force said it has been invited to observe the accident investigation and has offered support.

SpaceX is leading the investigation, with support from NASA and the Federal Aviation Administration, which oversees commercial space launches in the United States.

Preliminary analysis indicates a problem with the liquid oxygen system of the rocket’s upper-stage engine.

SpaceX President Gwynne Shotwell told reporters after the accident that Falcon 9 launches would be suspended “a number of months, or so” pending the results of the investigation.

“We are working with our partners to prepare for potential delays on the order of a few months,” SpaceX wrote in an email to Reuters.

The rocket that blew up on Sunday was the third cargo ship lost in the past eight months. In October, an Orbital ATK Antares rocket exploded seconds after liftoff from Virginia. Orbital is buying new engines for the rocket and expects to return to flight next year.

In April, a Russian Progress capsule failed to separate properly from its Soyuz launcher, dooming the ship. Russia hopes to break the string of launch failures with liftoff of another Soyuz rocket and Progress capsule at 12:55 a.m. EDT/0455 GMT on Friday.