As family waits for answers, add Ralkina Jones to list of black women who have mysteriously died in jail 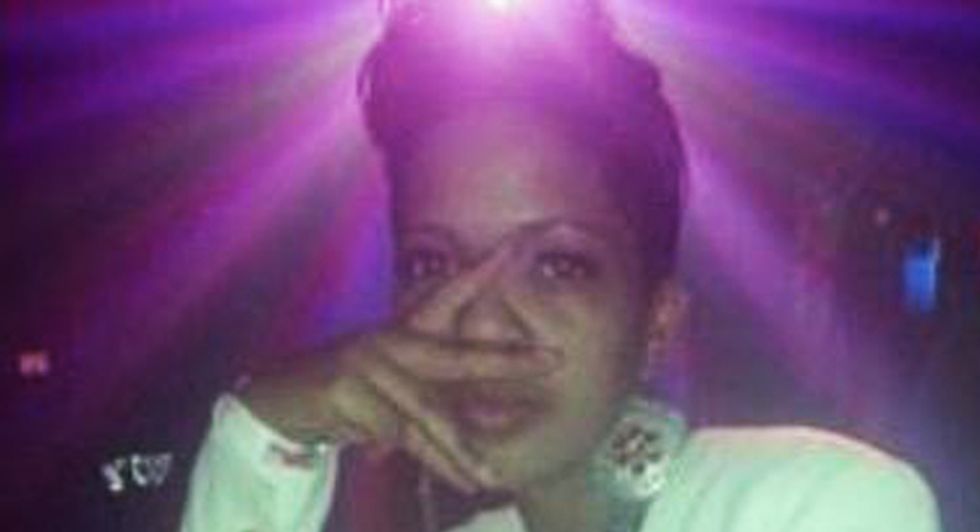 The family of a Cleveland woman who died mysteriously in a jail cell less than 48 hours after she was arrested is still looking for answers from authorities to explain her death, reports Cleveland.com.

Ralkina Jones, a 37-year-old mother of one was found dead in a Cleveland Heights jail Sunday morning after being arrested for a domestic dispute Friday night.

According to her sister, Renee Ashford, Jones seemed fine when she visited her Saturday night.

"She was perfectly fine. She didn't complain of nothing, saying she was hurting or anything," Ashford said. "She was fine, I'd just seen her. Then the next day they called and said she was dead in jail, they checked on her, but they won't tell us nothing."

She added, "One thing I can say about my sister is that she would want us to find out why, just why, like you can't tell me one minute I see my sister and then the next day she's dead."

Jones was arrested late night Friday at her ex-husband's place of work when she attacked him with a tire iron before attempting to hit him with her car.

Upon her arrest, she informed police that she"was being treated for several medical conditions," explained Cleveland Heights Police Chief Jeffrey Robertson on Monday. According to Robertson, Jones received her prescription medications "as directed."

According to the Huffington Post, Jones was taken by ambulance to a hospital Saturday night after because jail personnel noted she appeared to be "lethargic." She was treated and returned to the jail later that evening

Paramedics were summoned after midnight but found that her vital signs were normal and, according Robertson, guards checked on her condition throughout the night before finding her unresponsive at an undisclosed time.

The Cuyahoga County Medical Examiner's office performed an autopsy on Jones on Monday with spokesman Chris Harris stating there were "no suspicious injuries" to Jones' body, and that "further studies" were needed to determine a cause of death.

Jones' death comes at a time when there has been a spate of suspicious deaths by black women in U.S. jails, the most prominent being Sandra Bland who reportedly committed suicide in Houston jail.

Watch the video below from Cleveland.com: