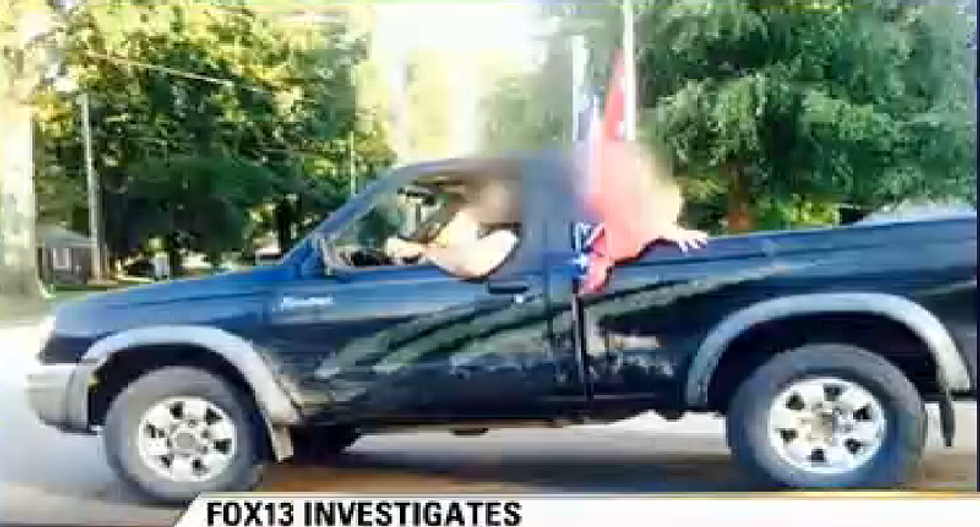 An African-American army veteran who has dedicated 17 years of her life to serving her country has also spent the last 10 years being harassed by racists.

Staff Sergeant Briscoe, an African-American woman, has been picking up bottles of urine, bags of trash and broken glass, among other items she's found outside her Millington, Tennessee home, according to Fox13. She and her family also regularly get flipped off and called racist names.

"When I got to the mailbox I noticed there was a used female product lying right in front of the mailbox," she told Fox in an interview Monday.

Recently, two white men in a pickup truck with Confederate flags flying from the back drove by her and her son, slowed down and called them "m*therf*cking n***ers," she told Fox.

Briscoe took photos and gave them to the local sheriff's office, who identified the men and said they've opened an investigation. In the meantime, Briscoe filed for an order of protection, which would bar the men from driving up and down her street.

According to Fox, Briscoe and her family bought the home, which sits on 4 acres, and have been harassed since. Briscoe told the station she was especially concerned in recent days because racial tensions have been high.

Briscoe's first name was not used in the Fox report and she requested her face not be shown for fear of retaliation.

Race relations in the South have been particularly fraught in recent weeks after a white supremacist gunman massacred nine unarmed African-Americans inside a landmark black church in Charleston in June.

After the killing spree, the South Carolina legislature voted to remove a Confederate flag from statehouse grounds in honor of the Charleston victims. The decision drew a protest from the KKK earlier this month which turned violent and volatile, with Klan members hurling racial insults at counter-protesters, then getting chased off.

Watch the report from Fox13 here: