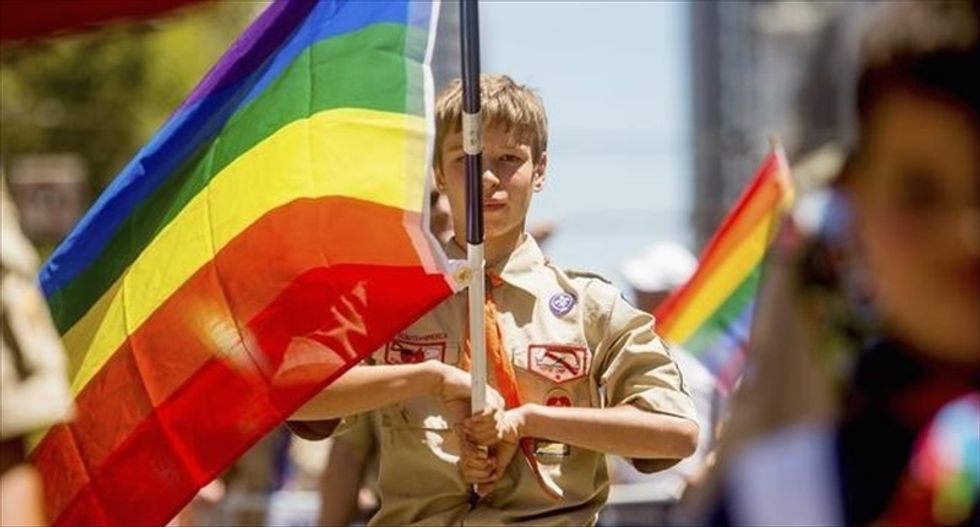 The Boy Scouts of America Executive Committee unanimously approved allowing gay adults to serve as leaders, officials said on Monday, in a major step toward dismantling a policy that has caused deep rifts in the 105-year-old organization.

The group's National Executive Board will meet to ratify the resolution on July 27, the Boy Scouts said in a statement.

The resolution approved by the Executive Committee on Friday follows a U.S. Supreme Court ruling in June to allow same-sex marriage nationwide and a call in May from the Boy Scouts president, former U.S. Defense Secretary Robert Gates, who said the ban on gay leadership needed to change.

The Boy Scouts said in the statement the move reflected "the rapid changes in society and increasing legal challenges at the federal, state and local levels."

The announcement was welcomed by an activist seeking an end to the long-standing policy.

"The Boy Scouts of America’s ban on gay adults has stood as a towering example of explicit, institutional homophobia in one of America’s most important and recognizable civic organizations," said Zach Wahls, an eagle scout and executive director of Scouts for Equality.

The Irving, Texas-based organization lifted its ban on gay youth in 2013 but continues to prohibit the participation of openly gay adults. The selection last year of Gates as president of the Boy Scouts was seen as an opportunity to revisit the policy.

Gates, as secretary of defense, helped end the "Don't Ask, Don't Tell" policy that barred openly gay individuals from serving in the military.

Earlier, corporate sponsors such as Lockheed Martin and Intel dropped funding from the Boy Scouts in protest of policies considered discriminatory.

The Boy Scouts ban on gay adults received its first major challenge in April when the first openly gay adult was hired as a summer camp leader by the Greater New York Council of Boy Scouts.

Membership in the Boy Scouts of America has been steadily declining during the past decade, but the 2013 decision to allow gay youth contributed to a steeper drop of 7.4 percent from 2013 to 2014, according to organization figures.