Civics fail: Oklahoma Gov. Mary Fallin manages to guess only two out of three branches of the government 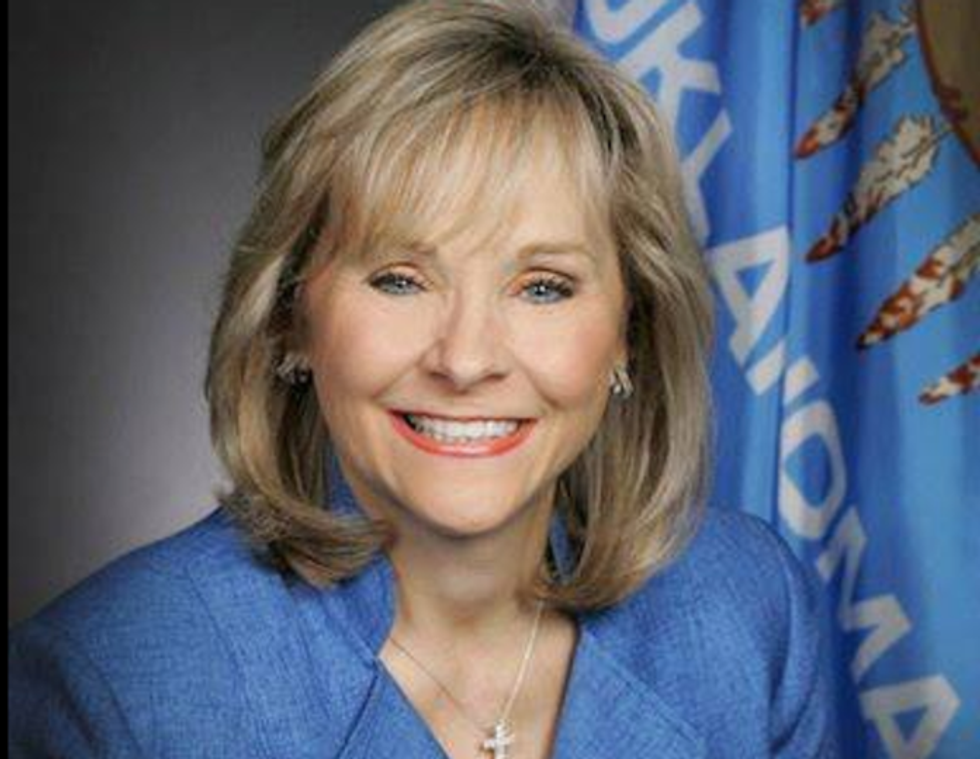 In a speech before a local group in Tulsa, Oklahoma Governor Mary Fallin (R) defended her decision to fight to keep a Ten Commandments monument standing on the Oklahoma capital grounds despite the state Supreme Court ruling that it must come down.

Describing her plans to combat the court, the Republican governor used a unique -- and incorrect -- explanation about how government works together.

Earlier this week Fallin said she would refuse to remove the monument, instead seeking to rewrite the state constitution and remove language that prohibits the use of public property for religious use. At that time she noted that Oklahoma is a "state with three co-equal branches of government.”

Expanding upon her comments before the Tulsa Metro Chamber, Fallin decried the state Supreme Court ruling again before flubbing the three branches of government while describing how they work, according to KFOR.

“You know, there are three branches of our government. You have the Supreme Court, the legislative branch and the people, the people and their ability to vote," she explained. "So I’m hoping that we can address this issue in the legislative session and let the people of Oklahoma decide.”

In fact, the three branches include the legislative, the judicial, and the executive -- which would be her office.

While the legislature writes the laws and she can sign them into law, the court stands by to rule on whether the law can withstand constitutional muster.

In 1988 the U.S.Supreme Court ruled against overtly religious displays on government property in Allegheny v. ACLU.