'Deal with it yourself': New Mexico firefighter hangs up on 911 caller trying to save dying teen 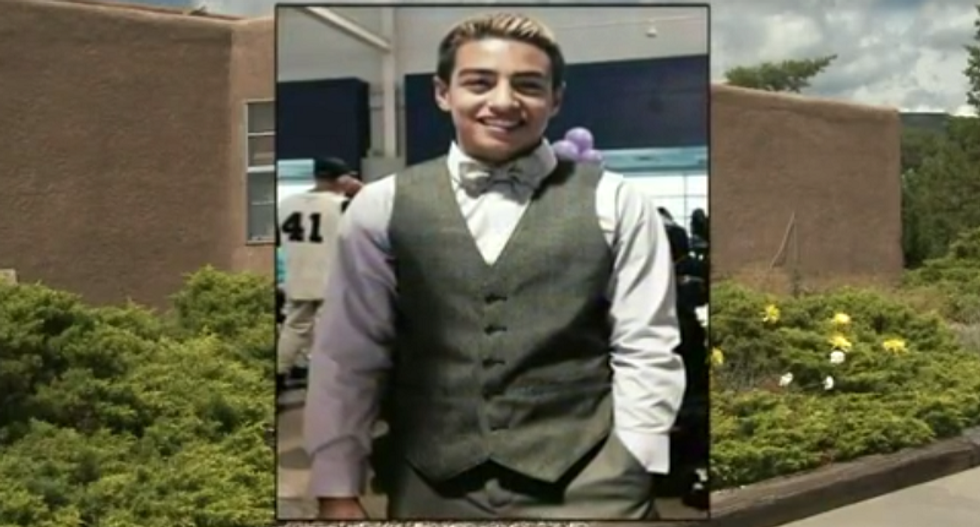 After a teenager was shot and killed at a party in June, an Albuquerque firefighter who answered the emergency call hung up on a friend who was trying frantically to save his life.

Jaydon Chavez-Silver, 17, had just arrived at the party when someone opened fire. As he lay dying, a female friend began CPR and called 9-1-1, KRQE reports.

"I’m doing CPR as we speak. I’m keeping him alive," the young female caller can be heard saying. "Just stay with me, okay, okay. There you go. Good job Jaydon."

Firefighter Matthew Sanchez was working at the dispatch center that night, can be heard asking twice whether the boy was breathing.

"He's barely breathing. How many times do I have to f***ing tell you?" the girl angrily responds.

At that point, Sanchez says, "OK, you know what ma’am, you could deal with it yourself. I’m not gonna deal with this, okay?"

The caller can be heard begging him to help her before the line goes dead.

Albuquerque Fire Chief David Downey said an internal investigation was launched. Sanchez has been pulled from the dispatch center and put on administrative duty.

"They're heartbroken," a spokesman for Jaydon's family told KRQE. "They're beyond belief about what happened, but at the same time they want to focus on catching the people who did this."

The station reports no arrests have been made in the shooting yet. Paramedics had already been dispatched when Sanchez hung up on the caller, and Jaydon's family is offering a reward for any information leading to the apprehension of the shooter, KRQE reports.

Watch the report from KRQE here, which includes the key portion of the call: