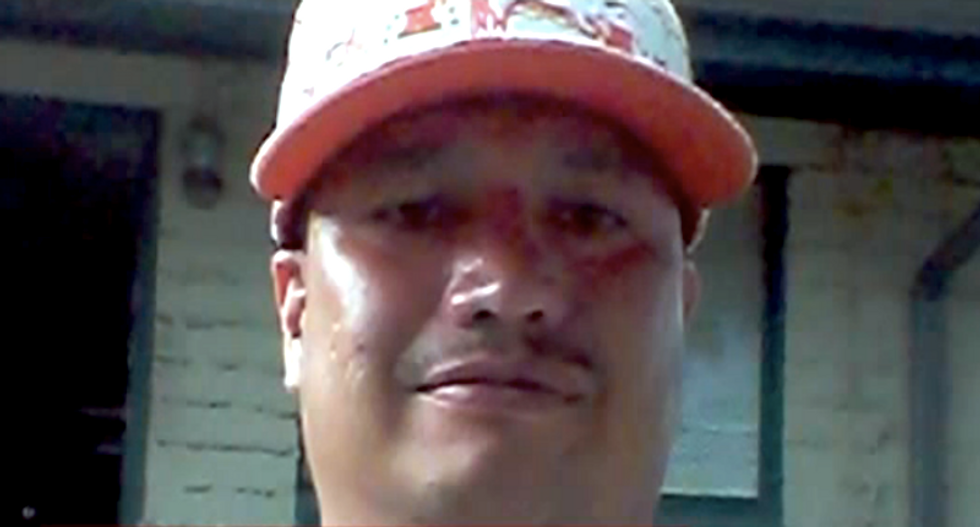 Denver police shot and killed a Native American man earlier this month after his mother called for help during a mental health emergency.

His mother, Lynn Eagle Feather, said she could usually calm her son down when he had a crisis, but she sometimes needed help from police -- as she did July 13 when Castaway threatened her with a knife.

Eagle Feather said her son was only trying to scare her, and he repeatedly struck himself in the head with the weapon in frustration.

“I told [police] that my son was mentally ill, I tell them that every time I call,” she said. “I just asked for help. Instead they killed my son.”

Officers said Castaway stabbed his mother in the neck, but she said she suffered a small cut when her son held a knife to her throat.

Police said he got "dangerously close" to them with the weapon, and officers opened fire -- killing the 35-year-old Castaway.

But witnesses and surveillance video tell a different story.

“I actually saw the surveillance video that shows the shooting,” reported Tammy Vigil, a local reporter for KDVR who saw the video shortly after the shooting. “[You see Paul Castaway] with the knife to his own neck the whole time -- then police shoot him.”

The manager of a nearby mobile home park has the video, which he showed to the TV reporter and some of Castaway's relatives, and he said the recording shows Castaway walk through an iron fence and then around a wooded fence to a dead end.

The housing manager said Castaway turned around and walked toward a street -- with the knife held to his own throat -- and police shot him.

“He was probably trying to figure out a place to run, and they didn’t let him go," said cousin Rick Morado. "They trapped him like a mouse and they killed him."

A 15-year-old boy who witnessed the shooting fainted afterward, but he said he heard Castaway's final words.

"What's wrong with you guys?" the man asked officers just before they opened fire, according to the teen.

Police, however, claim that Castaway charged at two officers with the long knife before they shot and killed him.

Native Americans were killed by police at a higher rate than any other racial group in the country between 1999 and 2011, according to an analysis by the Center on Juvenile and Criminal Justice analysis of Centers for Disease Control.

Castaway's mother said the video, which police said would be included as evidence in their investigation, showed her son tripping over a speed bump as he approached the officers.

After Castaway fell mortally wounded to the ground, the video shows officers roll his body over and place handcuffs on the dying man's wrists.