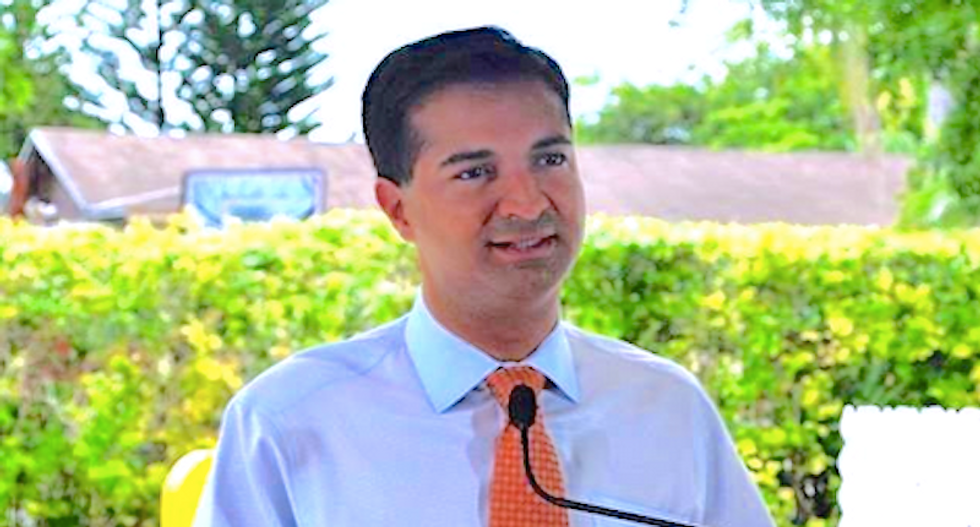 A Florida lawmaker suggested that Donald Trump’s bombastic presidential campaign may be a Democratic plot to make the Republican Party look bad.

"I spoke to @ahoraoscarhaza on @z92miami about absurd comments by @realDonaldTrump and I offered my theory that he's a phantom candidate," Curbelo tweeted.

The Republican lawmaker, who has already backed former Florida Gov. Jeb Bush in the race, expanded on his claims in an interview with Colombia’s W Radio.

"There are too many important national, local international topics to waste time talking about a person who, I repeat, in my judgment is irrelevant -- and who quite possibly is a phantom candidate recruited by the left to create this entire political circus," Curbelo said.

"I think there's a small possibility that this gentleman is a phantom candidate," Curbelo said. "Mr. Trump has a close friendship with Bill and Hillary Clinton. They were at his last wedding, he has contributed to the Clintons' foundation, (and) he has contributed to Mrs. Clinton's Senate campaigns. All of this is very suspicious."

A spokesman for Florida’s Democratic Party dismissed Curbelo’s comments as absurd and urged him to “take off his tinfoil hat.”

"Curbelo's bizarre claim is an insult to the intelligence of his constituents and goes to show just how much damage Trump is doing to the Republican Party's brand," said Max Steele, communications director of the state Democratic Party. "Unfortunately for Curbelo, Trump is only gaining in the polls."

Polls show Trump is gaining favor with Republican voters, who back only Bush ahead of the real estate tycoon and reality TV star.