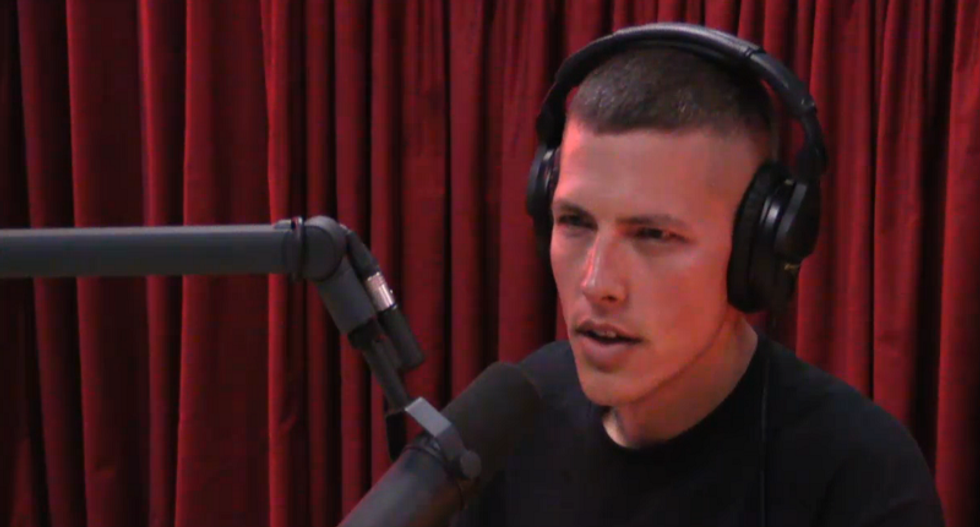 A former Baltimore cop who has since blown the whistle on abuse and corruption he witnessed on the force called the prosecutor in the Mike Brown case corrupt.

Michael Wood, who was a police officer for 11 years before retiring with an injury last year, blasted onto the national scene last month when he began tweeting illegal and violent things he saw his colleagues do to citizens.

On Wednesday, Wood went on "The Joe Rogan Experience" podcast to discuss law enforcement. When discussing the need for due process in police shootings, Wood called Robert McCulloch, the prosecutor who led the investigation into the shooting by Ferguson police officer Darren Wilson of unarmed black teenager Mike Brown, a criminal.

"He's a criminal. He criminally covered up that indictment. There's no way around it," Wood said. "That's what they did and no one seemed to care."

When asked to explain by Rogan, Wood pointed to a saying that "you can indict a ham and cheese sandwich."

The job of the prosecutor when pursuing an indictment is to "select the evidence that will get the charge," he said.

"So the way that system actually is, is if there's four of us in the room right now, if three of us think he did it and one doesn't, we don't even  listen to the one that doesn't," Wood explained. "If you're not a reliable witness you don't even come in for the indictment."

Instead, McCulloch selected unreliable witnesses that tainted it, when he should have brought in evidence and witnesses that were consistent, Wood said.

The former cop said he believed Wilson ultimately would have been exonerated because from a law enforcement perspective, the shooting was justified.

"We would have at least heard the case. The problem is, the police walk away with nothing. That's why when you see the indictments -- South Carolina, there was no uprising," he said.

In June, a grand jury indicted Michael Slager, a white South Carolina police officer, for murder. Slager was caught on video shooting unarmed Walter Scott in the back while he ran away.

Similarly, six police officers were charged by Maryland Attorney General Marilyn Mosby in the death of Freddie Gray, a black man who died of serious injuries while being transported in their police van.

Part of the problem with policing, he said, is that officers are ingrained with fear early on and feel everyone is a threat.

"They run around with fear, and they will shoot in a heartbeat because they are so afraid," he said.

In a June interview with the Washington Post, Wood described an awakening he had while working as a police officer in which he realized he was part of a system that was biased and wrong. While doing surveillance, Wood discovered how much he had in common with people the police department often targeted.

"You start to see the cycle of how these kids get put in the system at a young age, often for doing nothing wrong, and how that limits their options, which pushes them into selling drugs or other crime," he said. "You start to see that they never had a chance."

Watch the entire interview via the Joe Rogan Experience here:

Study shows Dr. King was right — support for racial inequality is linked to opposition to democracy

Dr. Martin Luther King, Jr. warned that the fight to end systemic racism is directly linked to the fate of democracy. “When the architects of our Republic wrote the magnificent words of the Constitution and the Declaration of Independence, they were signing a promissory note to which every American was to fall heir,” he said at the 1963 March on Washington. “It is obvious today that America has defaulted on this promissory note insofar as her citizens of color are concerned.”

On Monday, writing for The Washington Post, political science professors Jesse Rhodes, Raymond La Raja, Tatishe Nteta, and Alexander Theodoridis revealed the results of a study that clearly lays out Dr. King was correct: voters who support racial inequality, or at least deny that it exists, tend to also hold anti-democratic views.