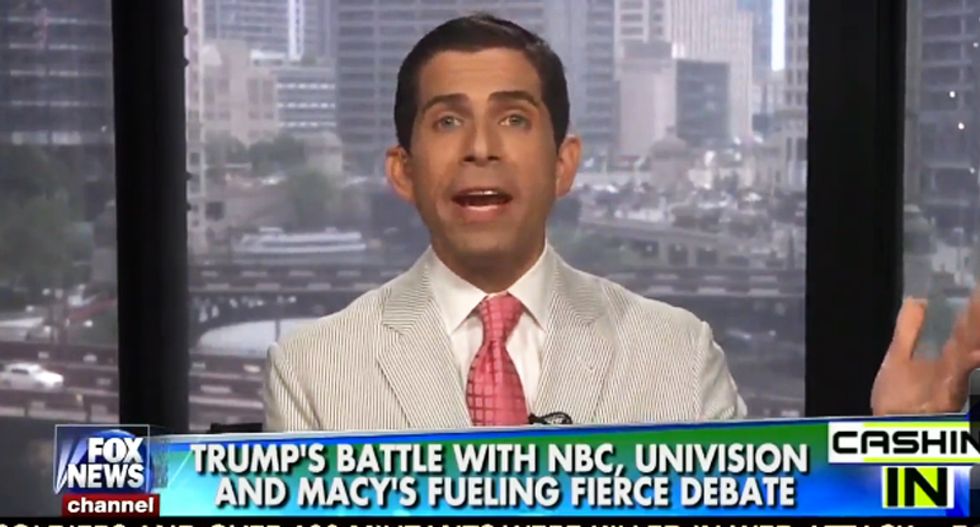 Outside of host Eric Bolling, 2016 GOP presidential contender Donald Trump did not get a lot of love on Fox's Cashin’ In this morning.

Bolling defended the brash businessman -- whose comments calling Mexicans "rapists" caused him to be booted from two major television networks and lose a major business deal with Macy's -- saying the companies were making a bad business decisions based upon politics.

"Who would want to be associated with Donald Trump, Eric?" Hoenig parried. "I mean, he’s not just a fool, but he’s a fraud. He puts himself out there like this businessman and meanwhile, he loves free trade, but it has to be negotiated. So he's for the tariffs, he's for the intervention in the economy. In fact, historically, he's been for this huge wealth tax to help save Social Security."

Co-panelist Wayne Rogers also took his shots at Trump, saying Trump's most recent economic setbacks due to boycotts and companies disassociating themselves from him was the free market at work.

"If Trump can’t survive in the free market, that’s his problem,” Rogers said.

Turning back to Hoenig, Bolling said the White House was in need of someone a different kind of track record, to which Hoenig smirked and replied, “Trump’s got a record of bankruptcy.”

Watch the video below uploaded to YouTube by YourVoiceNews: