Fox psychiatrist: Letting girls play school sports made it OK to punch women in the face 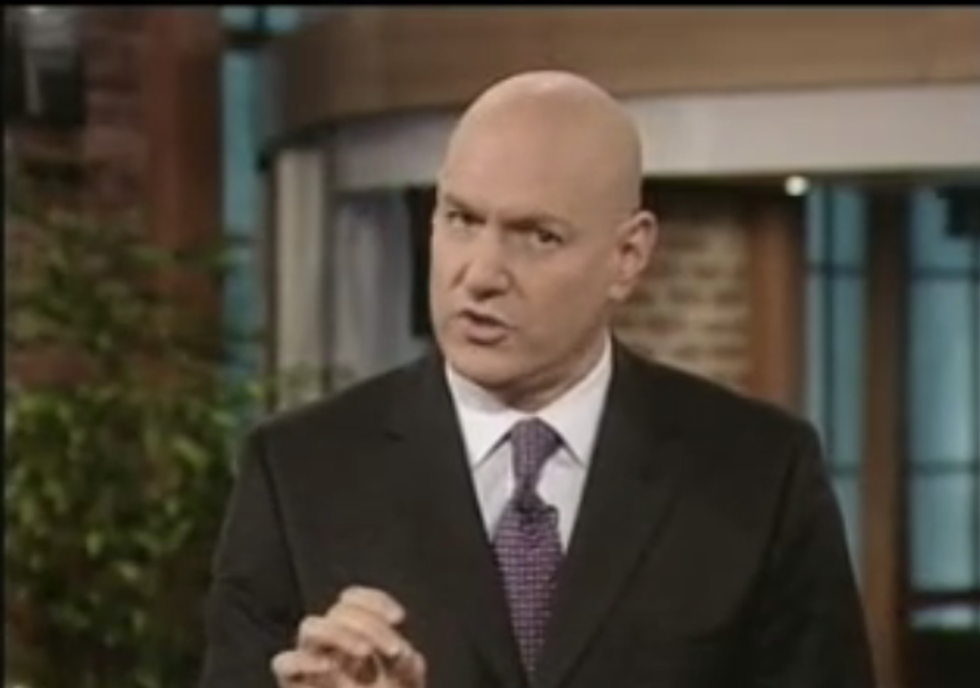 Psychiatrist Keith Ablow, a member of the “Medical A-Team” at Fox News, says allowing girls to participate in extracurricular activities traditionally reserved only for boys perpetuates a culture of violence against women, Media Matters reports.

On Fox and Friends Wednesday, Ablow shares his reaction to widely circulated video footage of then-Florida State University quarterback De'Andre Johnson punching a woman and fellow student in the face at a bar.

"We all know a man should never hit a woman, right?" host Steve Doocy prompts the licensed physician.

"Well that's what I was raised with Steve, and I still go with that philosophy," Ablow responds before contradicting himself, "but you know what that may be an antiquated notion if you look at our culture, which has just in a wholesale way dispensed with all gender quote-unquote stereotypes."

"But in fact," Ablow continues, then illogically offers his opinion, "what I think they're trying to do is dispense with the idea of gender differences."

Ablow at no point defines the pronoun, "they."

"And there are differences," Ablow asserts.

"No you don't hit girls. That's a nice notion," Ablow abruptly transitions, before launching into his rationale for referring to women in belittling terms.

"I like using the world girls," says Ablow. "I'm not going to stop."

At no point in the show did anyone ask Ablow to stop using the word "girls." Ablow does not identify who, if anyone, has asked him to remove "girls" from his vocabulary.

"And I don't much like it when, for instance," Ablow goes on, "when high school wrestlers have to forfeit a match if they don't wrestle a girl on the other team. That's ridiculous. Who would want to wrestle a girl?"

Ablow does not give examples to support his argument, nor does he offer insights into how girls can meaningfully participate in team sports, from which they have been historically excluded.

Doocy points out that the victim of Johnson's assault had put her hands on the football player first.

"I certainly understand the provocation," he says empathetically of the attacker. "He's drinking. There could be poor impulse control. Who knows? This guy may have had head trauma as a football player in the past. I get that. And yet it's so unattractive. It's so beyond the pale. You'd say listen, this is an outlying case."

"And so look," Ablow justifies, "if those are factors that need to come out in the legal process, they should."

Ablow continues to rant nonsensically for several additional sentences: "I'm not saying the guy should go to jail. I'm saying he's not a role model. And I think that to this extent that we are now saying boys and girls they're no different. Listen, equality doesn't mean equivalence. You don't hit girls. And it's a new era where you know people think it's just fine let 'em play ice hockey with the boys and wrestle with the boys. Why? Why would we be doing that?"

Elisabeth Hasselbeck, a show host and the only woman in the conversations, asks Ablow to elaborate on the concept of allowing girls to play sports means that boys will punch them.

"It's gonna happen more and more," Ablow predicts. "That's why you get YouTube videos of girls, gangs of girls, getting in brawls with other girls. This didn't happen before."

In a sense, Ablow is correct. While children, including girls, have fought each other since the dawn of mankind, the existence of YouTube, a video sharing website, is a relatively recent, post-Internet development.

"Was it so terrible when you bought the pink bear for the girl and the blue one for the boy? Was it awful?" Ablow laments, who apparently hasn't spent much time recently shopping at the megamart of all thinks pink and blue, Buy Buy Baby.

"Or did we have an idea in mind culturally," Ablow wonders ominously, "that was actually working and someone ripped it apart."

"Listen, if you're saying that it's just fine to flip a girl onto her back in a wrestling match, and pin her to the ground and take some joy in that," Ablow replies to an argument no one has made, "well then I guess if you're in a bar and she slaps you, you punch her in the face."

"Not in Ablow's world," the psychiatrist quickly contradicts himself in the third person, before transitioning to second person singular in the same sentence, "because you'd never be wrestling her to begin with."

On his website, Ablow boasts numerous achievements, including the authorship of a New York Times Bestseller. According to his biography, Ablow is a psychiatrist to the stars, a "Fox News expert," and a contributing editor at Good Housekeeping, a magazine primarily about in-home meal and party planning. 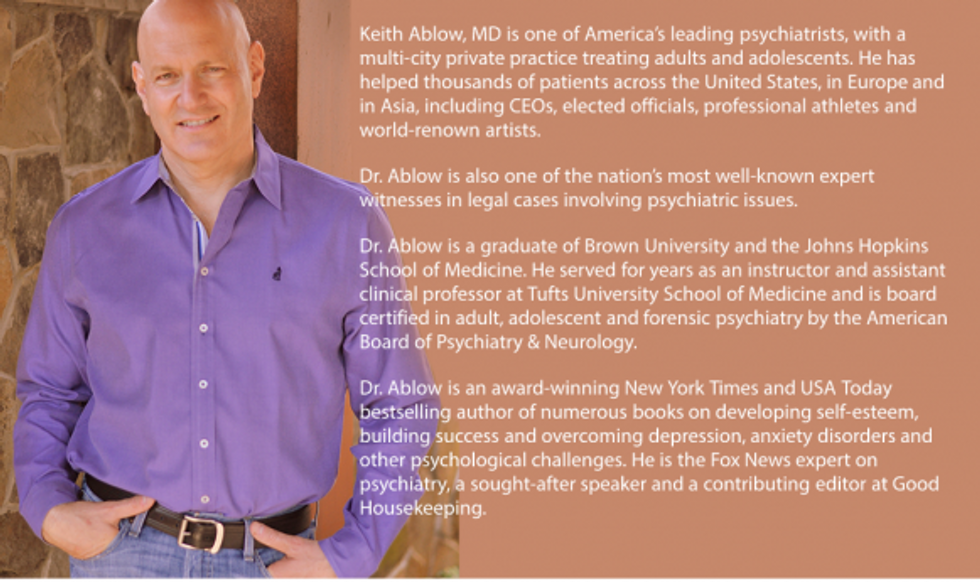 Ablow partnered with conservative firebrand Glenn Beck to write a book called The 7: Seven Wonders That Will Change Your Life. The psychiatrist and former shock job paired up to, according to the Amazon description screenshotted below, instruct people how to "transform" their lives: 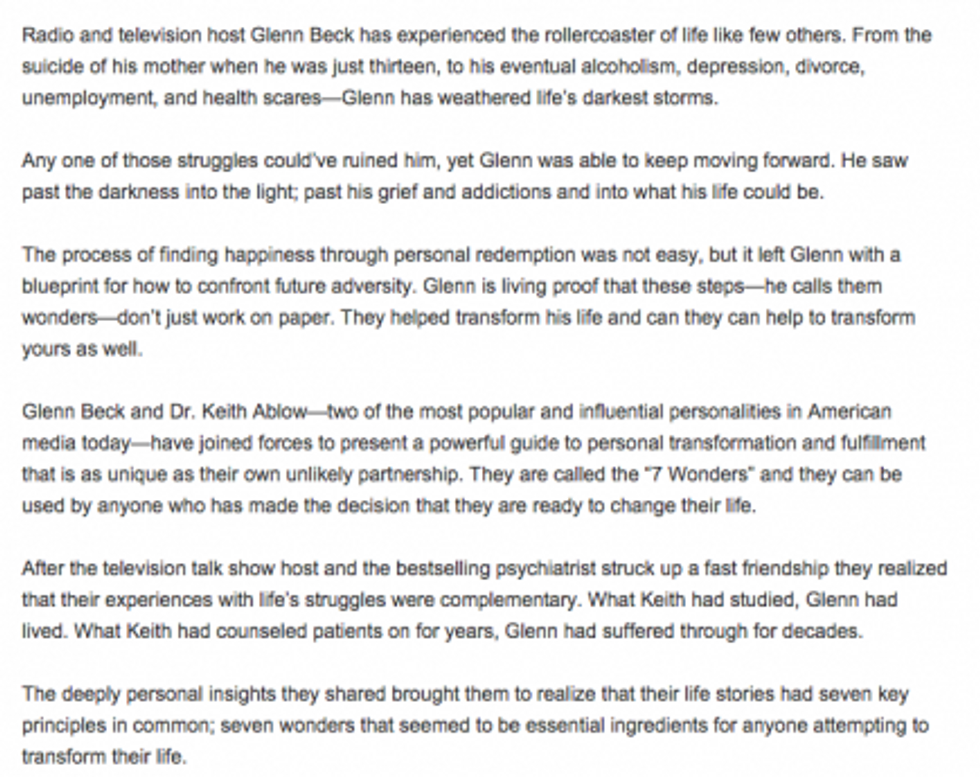