Fox's Brian Kilmeade: Why aren't we 'clearing the waters' of sharks so ocean swimming is safe? 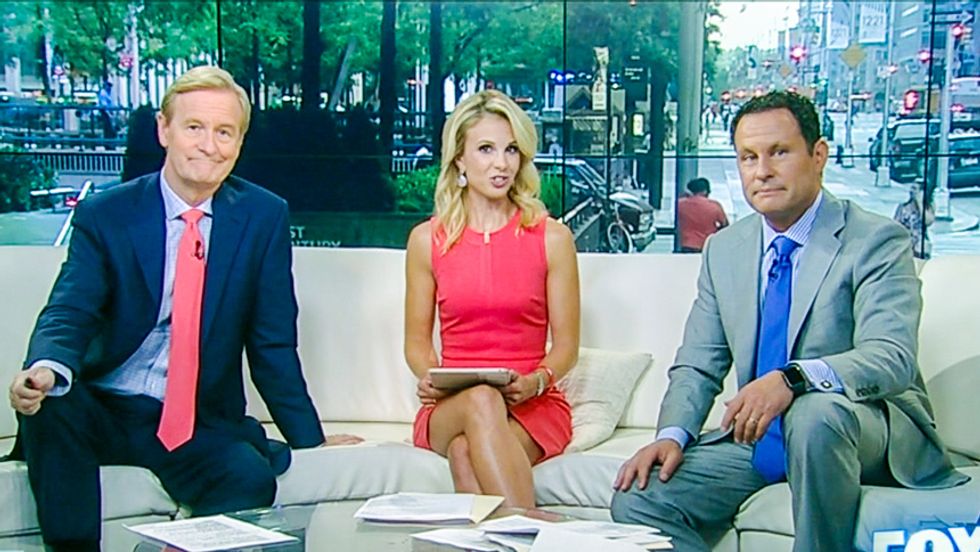 Fox News host Brian Kilmeade suggested on Monday that beach officials should be "clearing the waters" of sharks to prevent the predators from coming in contact with humans.

Over the weekend, surfer Mick Fanning was caught on video being attacked by what appeared to be a great white shark at the 2015 J-Bay Open in South Africa. The attack comes after a number of other beach goers were injured by sharks this summer in the United States.

"I think that the most shocking thing is that after you hear about the six attacks in North Carolina, okay, these are just swimmers," Kilmeade noted on Monday's edition of Fox & Friends. "But then when you see a champion surfer and you have a three camera shoot and an overhead shot, [you] say, 'Oh my goodness, it could happen anywhere.'"

"You would think that they would have a way of clearing the waters before a competition of this level," he opined. "But I guess they don't."

"Sure," co-host Elisabeth Hasselbeck agreed. "If a three-time world champion surfer isn't safe, who is?"

"The shark should be afraid of him," she added. "That was a tough punch he gave there."

George Burgess of the Florida Program for Shark Research recently explained to the New York Post that shark attacks were being cause by too many humans, not too many sharks.

“We’re basically flooding them out of their own home. It’s a function of how many people we’ve got,” Burgess pointed out. “You get this unholy mix of bait fish, sharks and humans together. When you have that, you’re going to have some bites.”