'I’ll cuff u and put u on the hood again': Texas police chief investigated for creepy messages to teens 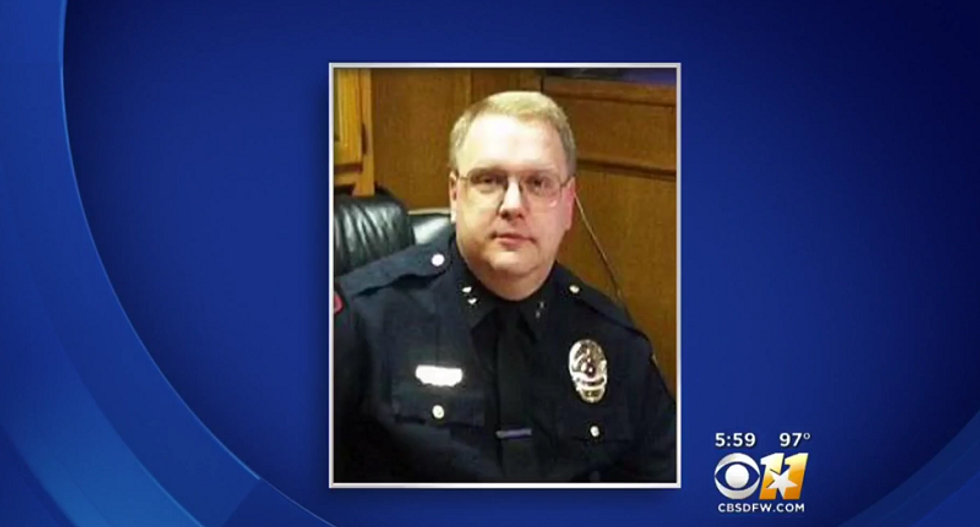 A Texas police chief is being accused of sexually harassing six underage girls.

Kevin Coffey, chief of the Maypearl Police Department, is accused of stalking, harassing, online solicitation of a minor, misuse of official information, official oppression and tampering with evidence, according to the local CBS News station. Coffey first contacted the accuser via Facebook when she was 14 years old.

According to the station, the girl is now 16, and Coffey has been in contact with her for two years. Her parents kept it quiet for fear of retaliation.

Investigators took two cell phones from the girl and found Facebook Messenger notes in which he wrote:

"I’ll cuff u and put u on the hood again and smack that *ss lol," and, "Had a nice spot picked out to stop you and everything lol."

He also sent her a photo of himself holding handcuffs with the words, "One of the days, hahaha," according to the local station. She told investigators he is in contact with five other adolescent girls.

She told investigators that when Coffey wanted to see her, he would flash his lights in her window, a signal for her to come outside, CBS News reports.

CBS reports the chief hasn't been arrested but has been placed on leave. Watch the report here: