Jimmy Carter: Jesus would support same-sex marriage -- but not abortion 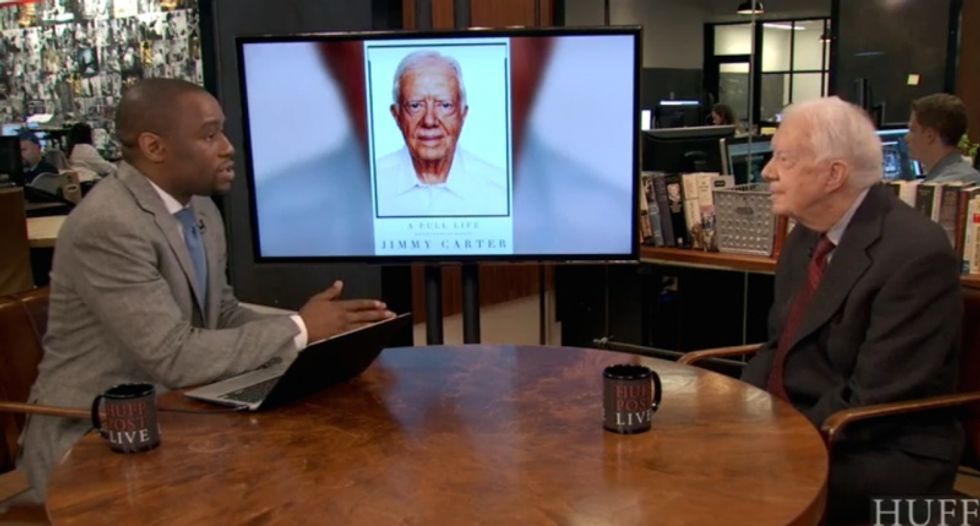 In an interview about how faith informs his political beliefs, Carter says it is difficult for him to spiritually reconcile certain reproductive rights afforded every human woman under international law with his understanding of the Bible.

"I have a hard time believing that Jesus, for instance," Carter tells HuffPo Live host Marc Lamont, "would approve abortions, unless it was because of rape, or incest, or if the mother's life was in danger."

Carter explains he has supported abortion rights in office because he took an oath to uphold the U.S. Constitution, which Carter believes protect the right to abortion. "That's been the only caveat" to the ex-president's ability to stay true to his religious faith while in politics, Carter says.

The former governor of Georgia's interpretation of Jesus-endorsed public policy issues is more in line with United Nations human rights treaties in the realm of same-sex marriage rights.

"I believe Jesus would approve gay marriage," Carter tells a Huffington Post reporter. "But that's just my own personal belief. I think Jesus would encourage any love affair if it was honest and sincere and was not damaging to anyone else, and I don't see that gay marriage damages anyone else."

Raw Story has previously reported on the various forms of sexual morality advocated for in the Christian Bible, many of which justified the enslavement of women and the sexual exploitation of their bodies.

Watch Jimmy Carter interpret the Bible to the Huffington Post, as it relates to women's reproductive rights and same-sex marriage in the United States: