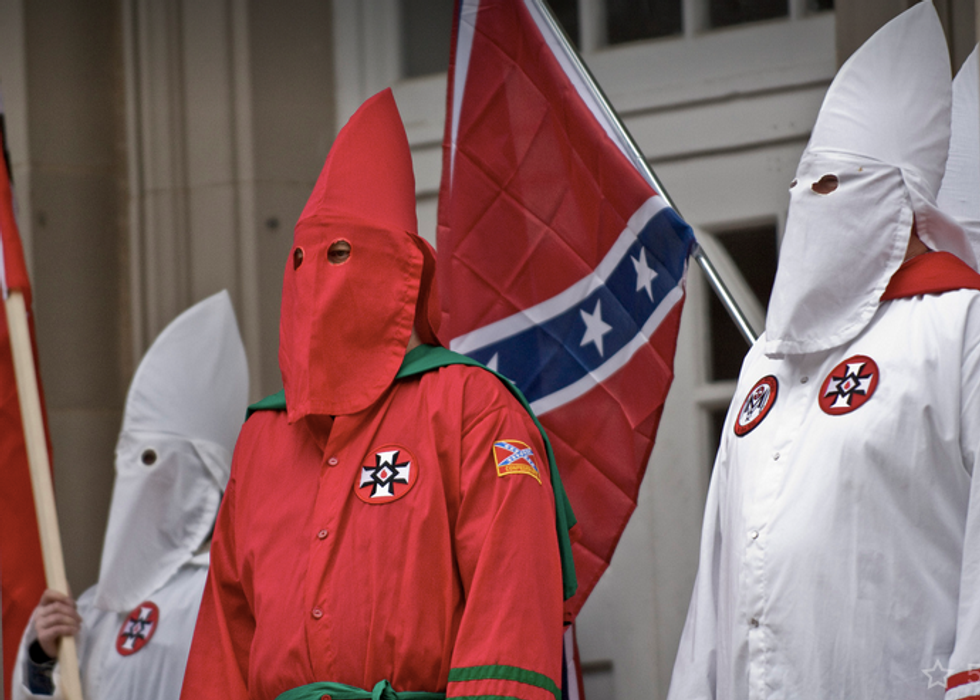 Governor Nikki Haley, who called for the flag's removal from the State House grounds after the killing of nine African-Americans in a Charleston church last month, urged South Carolinians to steer clear of the Klan rally.

"Our family hopes the people of South Carolina will join us in staying away from the disruptive, hateful spectacle members of the Ku Klux Klan hope to create over the weekend and instead focus on what brings us together," Haley said in a statement posted to her Facebook page.

The Charleston shooting rekindled a controversy that has long surrounding the Confederate flag. A website linked to suspected gunman Dylann Roof, a 21-year-old white man, contained a racist manifesto and showed him in photos posing with the flag.

Opponents see its display as a painful reminder of the South's pro-slavery past, while supporters see it as an honorable emblem of Southern heritage.

The Loyal White Knights of the Ku Klux Klan, a Pelham, North Carolina-based chapter that bills itself as "the largest Klan in America," expects about 200 people to attend its demonstration, planned from 3 p.m. to 5 p.m.

Calls to the chapter, one of numerous unconnected extremist groups in the United States that have adopted the Klan name, were not immediately returned.

The Klan, long known for its conical hats and cross burnings, traces its roots back to the years after the South's defeat in the American Civil War of 1861-65. In general, modern chapters are stridently opposed to racial integration.

A voice message on the chapter’s phone line said its members are “standing up for our Confederate history and all the Southerners who fought and died against federal tyranny. Our government is trying to erase white culture and our heritage right out of the pages of our history books."

A Jacksonville, Florida, group called Black Educators for Justice expects a crowd of about 300 for its rally, planned for noon to 4 p.m. The group is run by James Evans Muhammad, a former director of the New Black Panther Party.

"The flag coming down is not progress. It is an illusion of progress," he told the State newspaper in Columbia.

Muhammad said his group would not interfere with the Klan rally during the hour the two groups occupy the north side of the Capitol building.