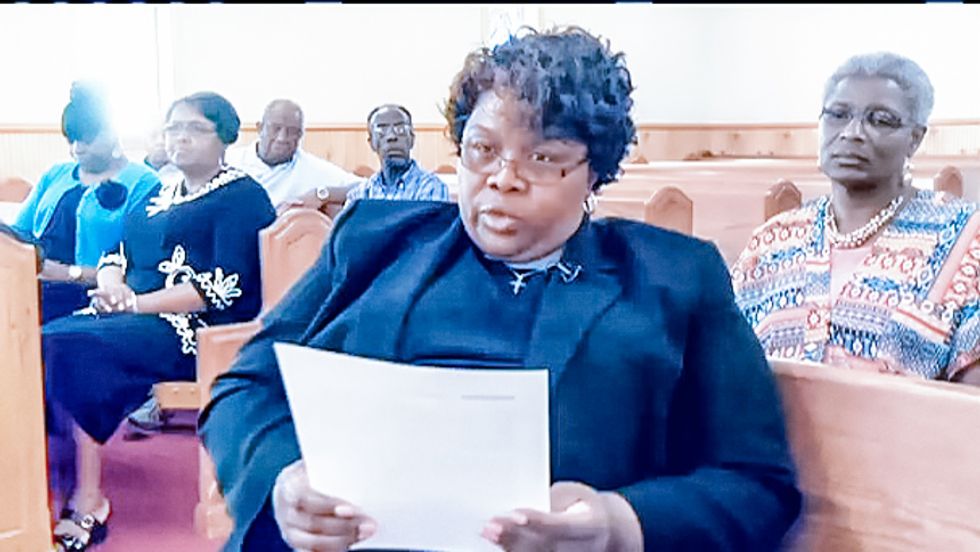 WIS reported that the letters had been left at Society Hill AME Church, Reevesville AME Church and one other that was not identified.

The letter received by Pastor Mary Rhodes used Bible verses to warn her to stop preaching "or you and children will die."

“Whoever wrote this letter has taken the time to find out who I am which means you may know my children, my grandchildren, and I have no clue who you are,” Rhodes told WIS.

A similar letter received by Pastor Valarie Bartley said that “the woman cannot be head of the man in church, home and the world.”

“A lot of people do not respect female pastors,” Rhodes explained. “Sexism in the church has been around for the longest time and it always gets, to my opinion, sort of hidden under the other issues that are there.”

The letters were signed by Apostle Prophet Harry Leon Fleming. The Clarendon County Sheriff's Office said that the letters and the safety of the pastors were being taken seriously.

In recent weeks, tragedy has struck a number of AME -- or African Methodist Episcopal - churches in South Carolina. Nine members of Emanuel AME Church in Charleston were killed by a white supremacist in June. And just last night, Mount Zion AME Church in Greeleyville burned, although federal investigators have pointed to lightning as the cause.

That was the sixth black church to have been destroyed by fire in the South since the massacre in Charleston. Investigators believe arson is likely in three of those cases.