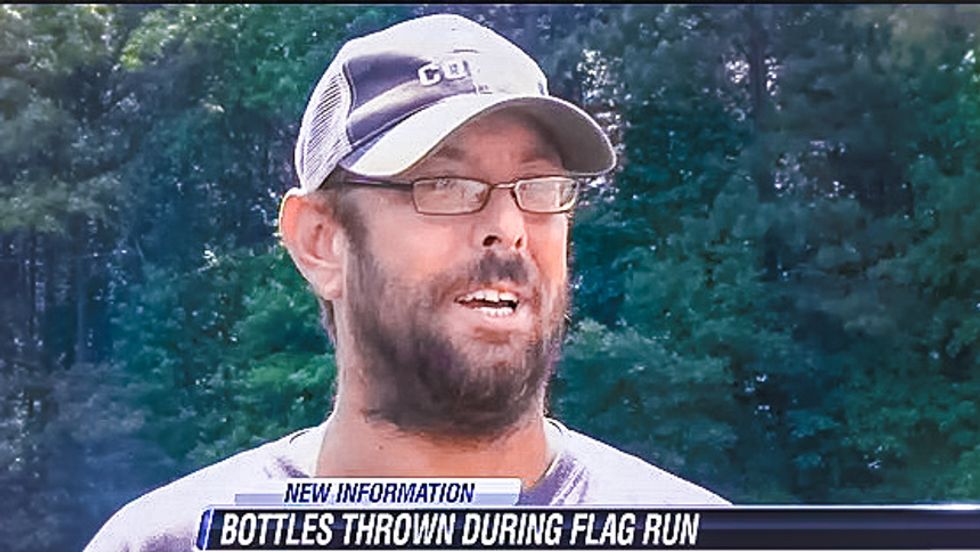 A Virginia man demanded justice over the weekend after he said that people threw water bottles and hurled racial slurs at his Confederate flag parade.

Chris Oliver and his wife, Angela, told WWBT that they and about 100 other people took part in a flag run on Saturday that ran through Petersburg, which had a black population of over 77 percent in 2013.

While the parade of Confederate flags were passing through town, video captured what appeared to be a bottle of water being thrown at Oliver's truck.

"My initial reaction was, 'What the hell?'" Oliver recalled, adding that he could not understand why he had not been welcomed into the community.

Angela Oliver said that she was angry because the Confederate flag parade had come to Petersburg as a "peaceful ride."

"People throwing bottles at our vehicles, our property that we worked for," she lamented.

Oliver said that he was not happy by the response by Petersburg police, who claimed that they did not have sufficient evidence to catch the perpetrators.

The Olivers insisted that they had a right to participate in Confederate flag events, and that law enforcement had a duty to see that justice was done.

"The racial slurs are really what hurt me," Oliver remarked. "You know, it's uncalled for. There's no need for that in today's society."

A spokesperson for the Petersburg Police Department told WWBT that a report filed by the Olivers was being investigated.