Memphis cop fatally shoots black teen after mistaking him for someone else, family says 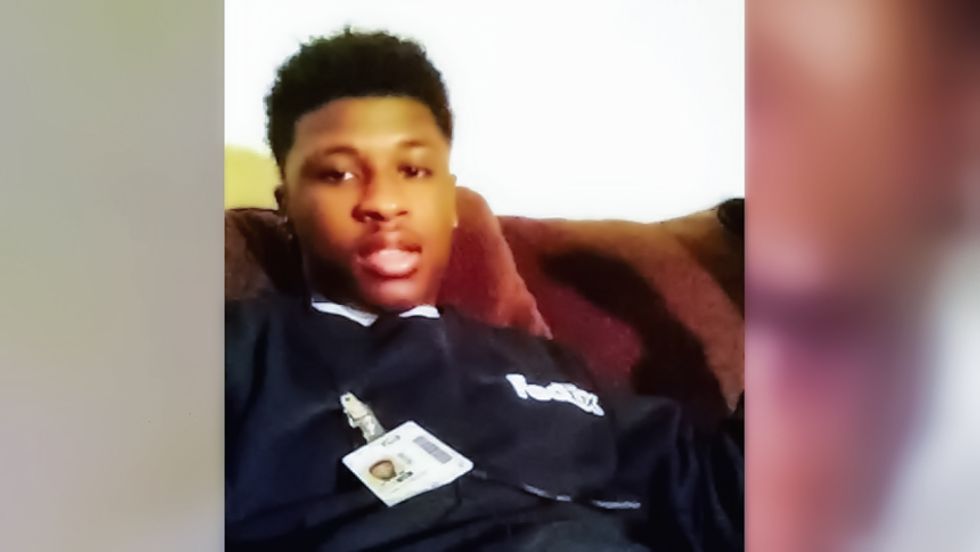 A mother in Memphis said over the weekend that a case of mistaken identity led to police tragically killing her 19-year-old son.

Investigators told WSMV that Darrius Stewart was the passenger in a vehicle that was pulled over on Friday night for a broken headlight. The driver was cited for the headlight and was allowed to leave, but Stewart was detained over several outstanding warrants, including a sex-related offense in Iowa and failure to appear in Illinois.

Officials said that when the officer returned to the car to handcuff Stewart, the suspect kicked the door open and fought with the officer. Blurry cell phone video showed the two men struggling on the ground before the officer fired his weapon to end the fight.

Stewart later died after being transported to Regional Medical Center.

The teen's mother explained to WSMV that this was not the first time her son had been stopped by police because someone with the same name had outstanding warrants.

"They told him he could leave because he wasn't the one they were looking for, but to be safe, because there is someone out there with the same name and a lot of warrants," she recalled.

The mother also said that she did not understand why an officer who was much larger than her son needed to use deadly force to end the fight.

"Words can't express how I feel," she added. "If my son attacked this officer, why didn't he use a taser? There were two officers and only one of my son."

The Memphis Police Department declined to verify that the warrants were Stewart's. The department advised WSMV to contact the law enforcement agencies who issued the warrants.

The officer involved in the shooting was placed on administrative leave pending the outcome of an investigation. His identity has not been released.