Mike Huckabee: As president I wouldn't rule out using federal troops and the FBI to stop abortions 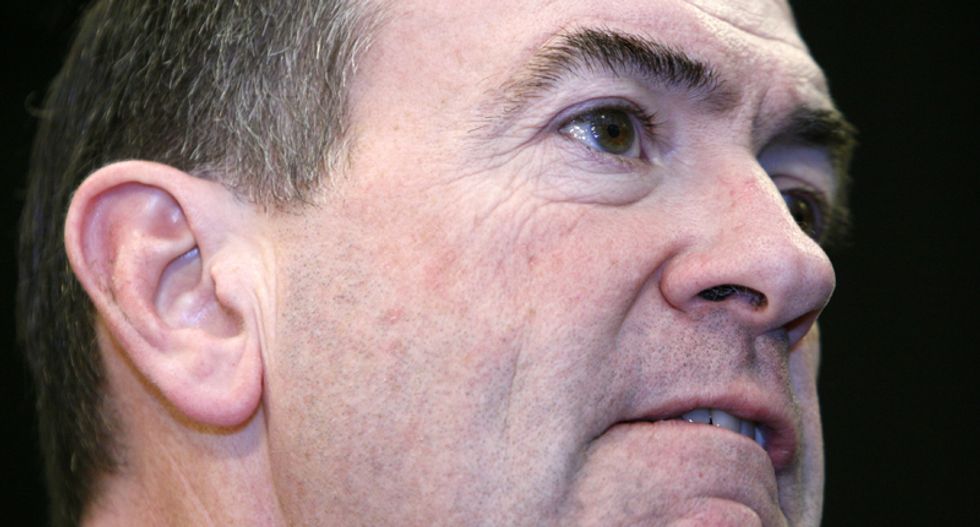 Continuing his efforts to bolster his campaign for the 2016 GOP presidential nomination with a series of attention-grabbing statements, former Arkansas Governor Mike Huckabee said he would not rule out using federal troops and the FBI to stop abortions from happening nationally.

According to the Topeka Capital-Journal,  Huckabee focused on abortion and Planned Parenthood at several stops in Iowa, stating his belief that the Supreme Court is wrong and the Constitution protects the unborn.

Appearing at a Pizza Ranch in Jefferson, Iowa, Huckabee said he would “invoke the 5th and 14th amendments for the protection of every human being.”

“Would that be a huge controversy?” the former Arkansas governor asked of the amendments that provide for due process protections,“Yes,” he said.

He added, “I will not pretend there is nothing we can do to stop this."

Appearing in Rockwell City later, Huckabee was asked to elaborate upon how abortions could be stopped.

“All American citizens should be protected,” he replied.

Pressed by a reporter as to whether that would mean using the FBI or federal forces to accomplish his goal, Huckabee  refused to rule it out, saying: “We’ll see if I get to be president.”

While Huckabee left open the door to sending federal troops into states that allow abortion, he sang a slightly different tune when the Supreme Court legalized same-sex marriage nationally, saying it was a state's rights issue. In both cases, Huckabee has disagreed with high court's decision.

Huckabee's comments come at the end of week  where he reclaimed some media attention away from GOP front-runner Donald Trump, by saying President Obama's Iran deal would "will take the Israelis and march them to the door of the oven.”