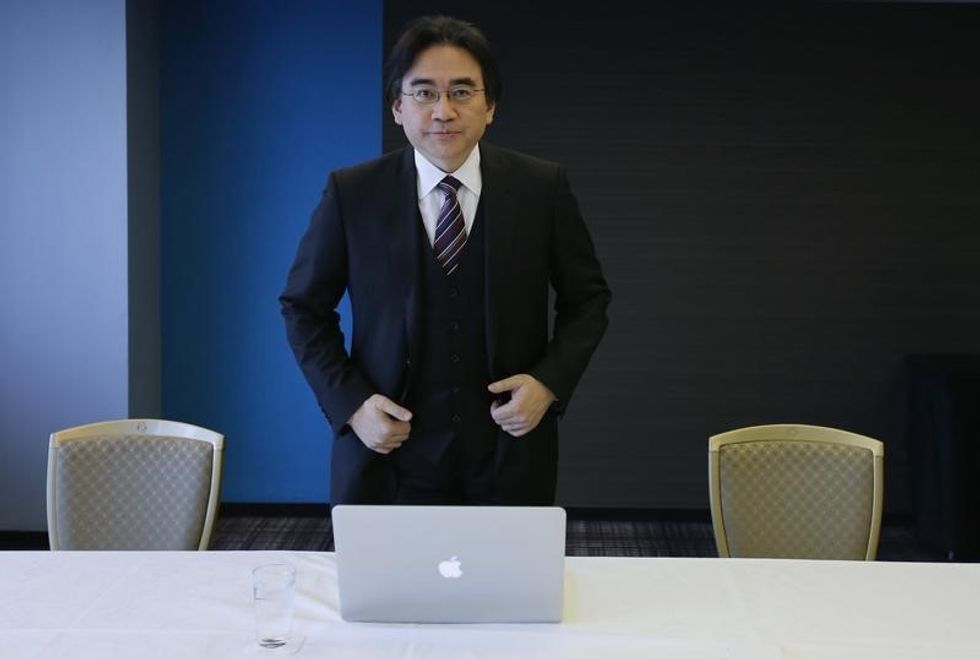 Nintendo Co's President and Chief Executive Satoru Iwata attends an interview with Reuters in Tokyo in this file May 8, 2014 photo. REUTERS/Toru Hanai

Japanese videogame maker Nintendo Co Ltd said Chief Executive Satoru Iwata died on Saturday due to a growth in his bile duct. He was 55.

Iwata underwent surgery last year to remove the growth and had resumed his duties after a brief period of recovery.