'Not all about racism': Neo-Confederate defends Arkansas flag rally after anti-'n*****' Facebook rant 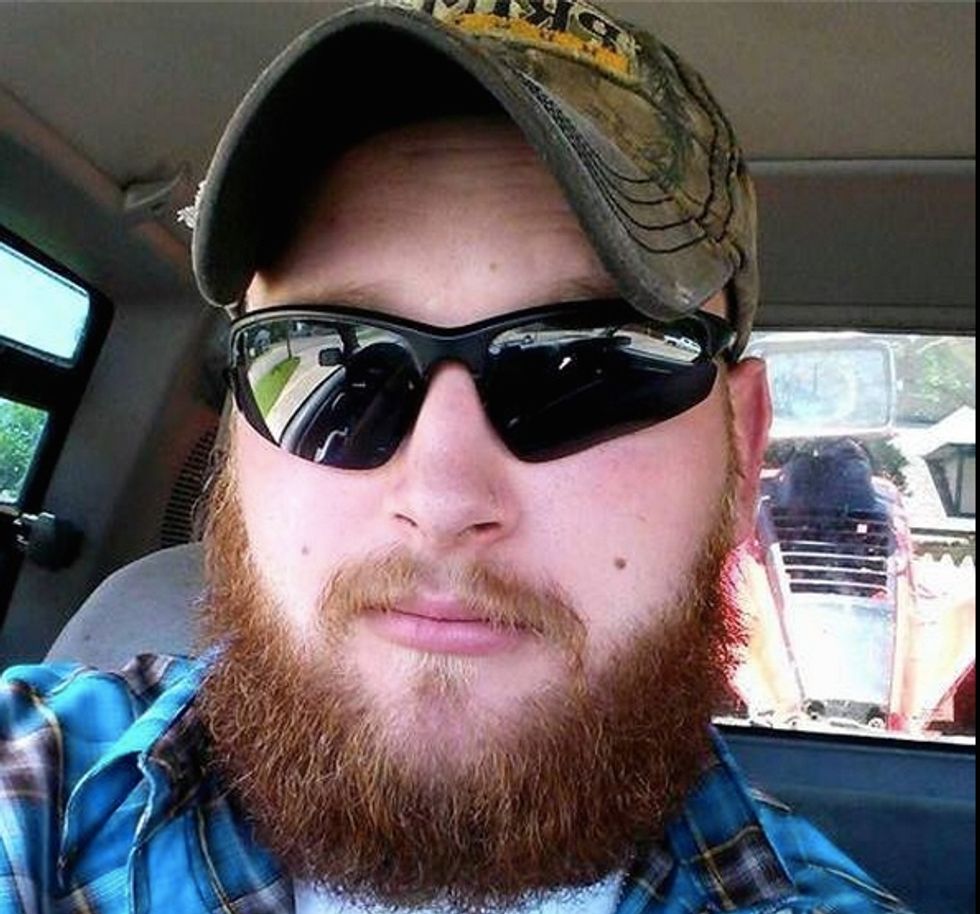 Organizers of a Confederate flag parade taking place this weekend in Arkansas say the event is not motivated by racism, KATV reports.

The city of Russellville has issued a permit for a so-called "Rebel Ride," scheduled for Sunday at the Dardanelle Lock and Dam. Hundreds of people are expected to attend, according to THV11.

Event planners "were reluctant to release the route of the rally due to concerns about counter-protestors," according to KATV. On the Pope County Rebel Ride's Facebook event page, the description reads: "This rally is to show support of the rebel flag and our heritage and show we wont back down and they wont take away our rights. Also, while doing this, we will be collecting canned food donations that will go to Main Street Mission in Russellville. See yall there!"

Tyler Titsworth, one of a handful of people organizing the march on Russellville, describes the Confederate flag as "the backbone of our community, really."

“It’s not all about slavery, it’s not all about racism,” Titsworth tells KATV. “It was about our states wanting the rights to our individuals without having the government completely control us.”

"To me [the Confederate flag] is a symbol that says I will not be controlled," Perales tells THV11, echoing Titsworth's sentiments. "Everything nowadays is not offending somebody. They're trying to take our flag and that's offensive."

An organization called Russellville for Justice is encouraging opponents of the rally to write letters to Randy Horton, the city's Republican mayor.

Posters on Russellville for Justice's Facebook page express fear of holding a counter-protest against the neo-Confederates, lest simmering tensions turn to violence. A screenshot of the beginnings of what became a lengthy conversation on Tuesday: 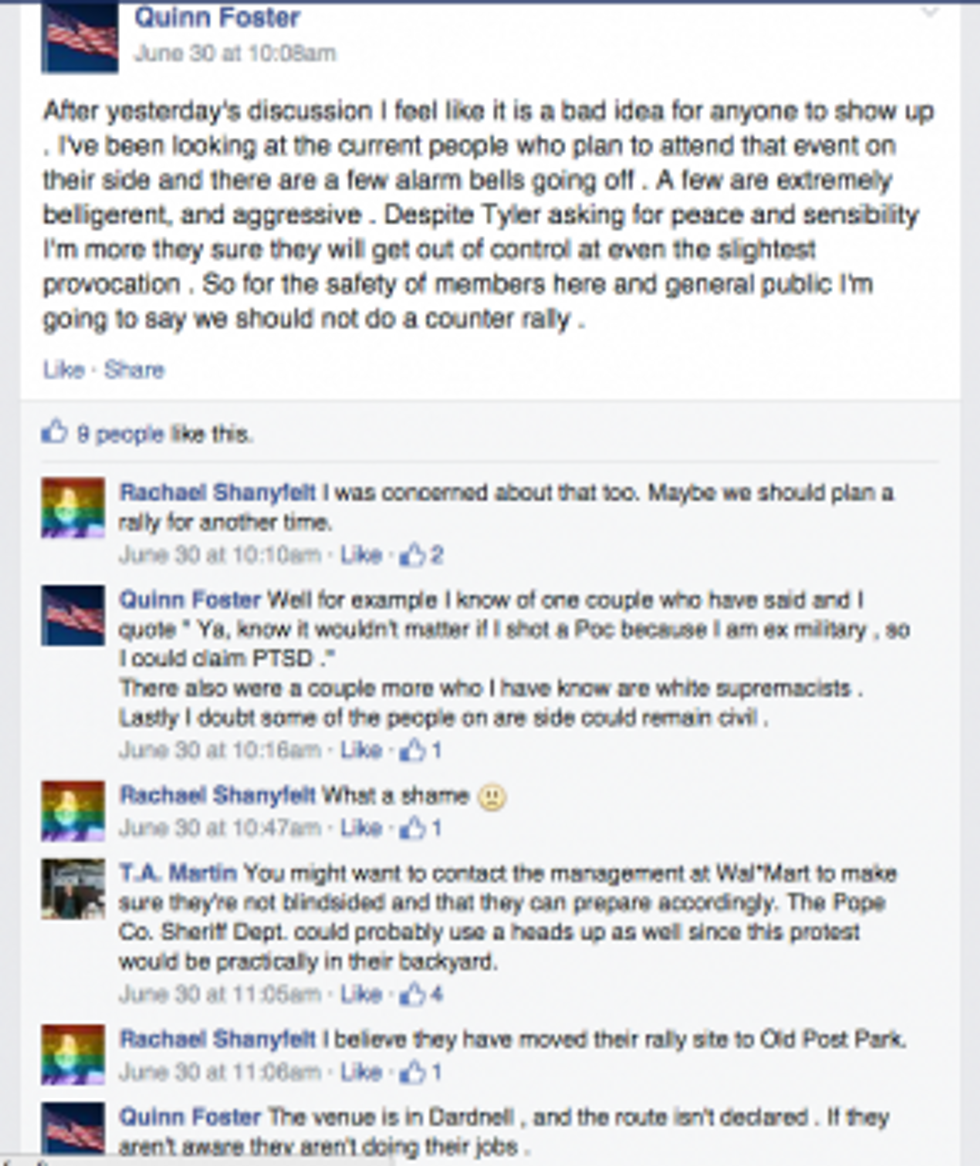 Russellville is home to the White Revolution, a neo-Nazi organization the Southern Poverty Law Center identifies as a hate group. The town is situated some 85 miles away from Harrison, where the Ku Klux Klan keeps its headquarters.

Titsworth's Facebook page suggests the states' rights enthusiast has some lingering racial resentments. Screenshots of some noteworthy examples are below. Raw Story blurred out the word n***** in one of Titsworth's posts. 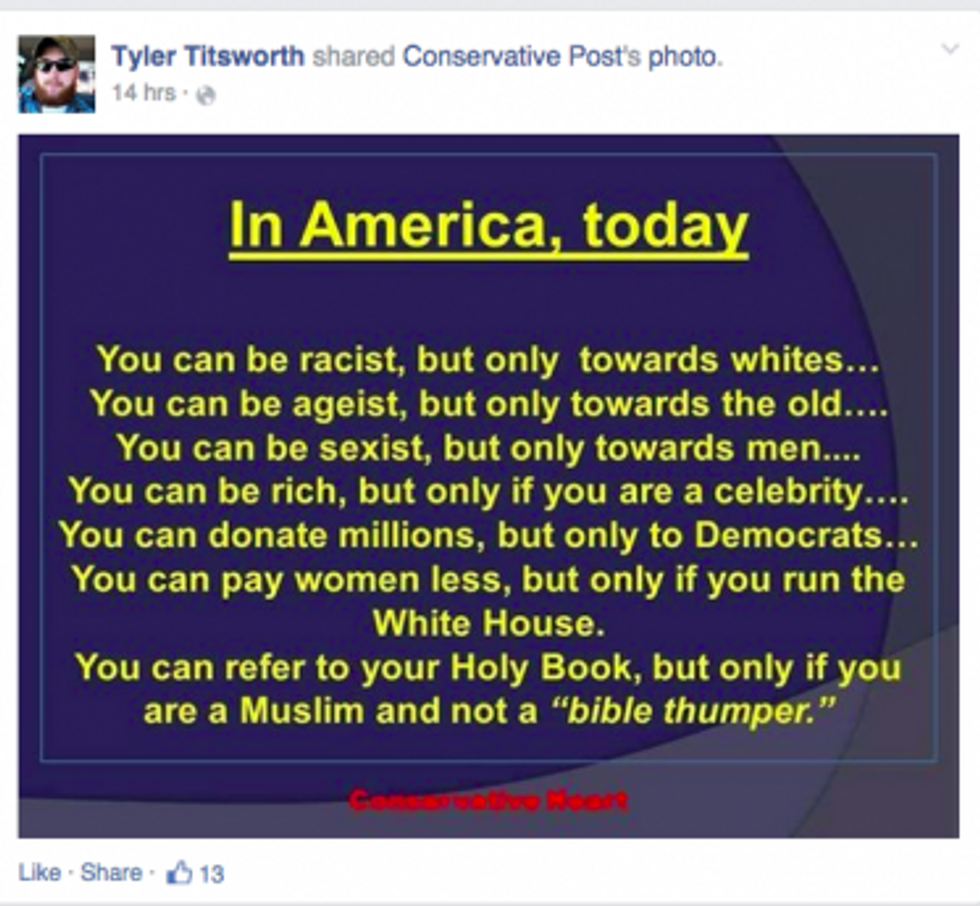 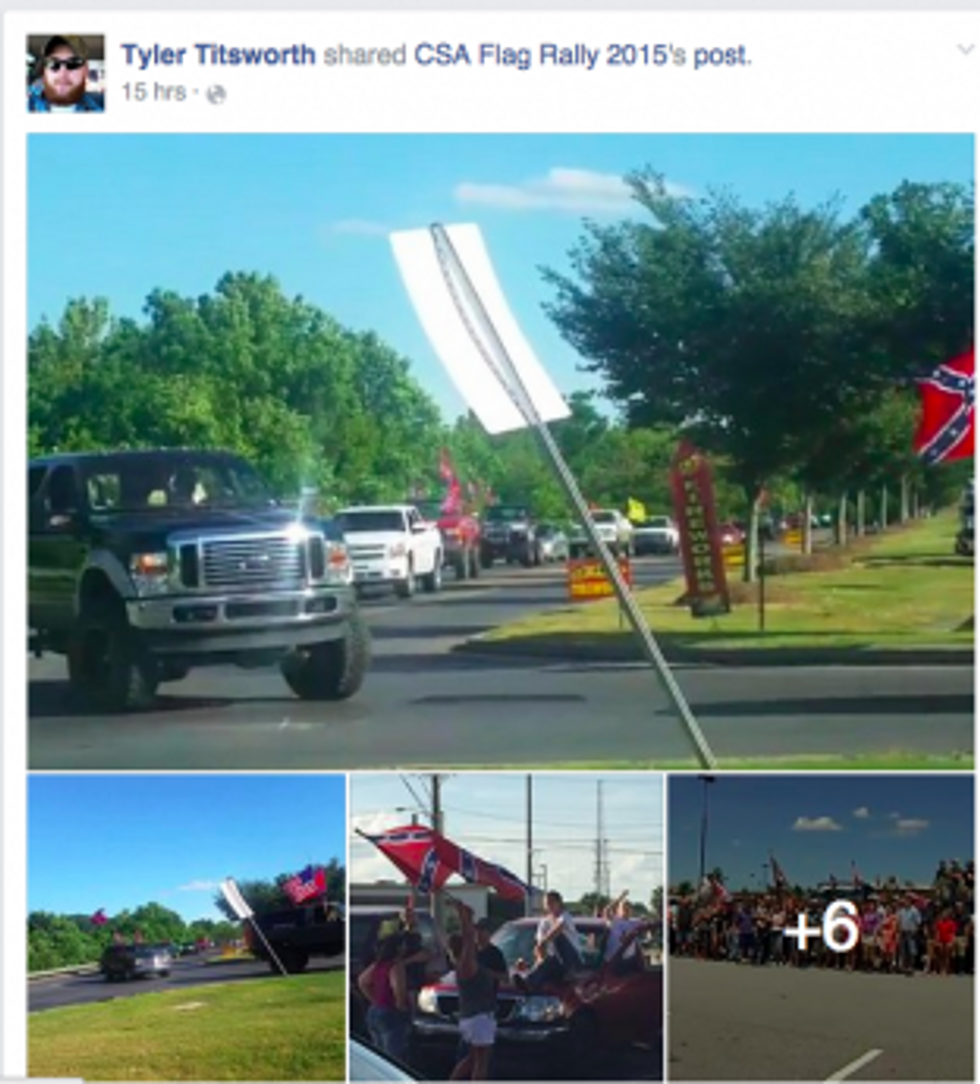 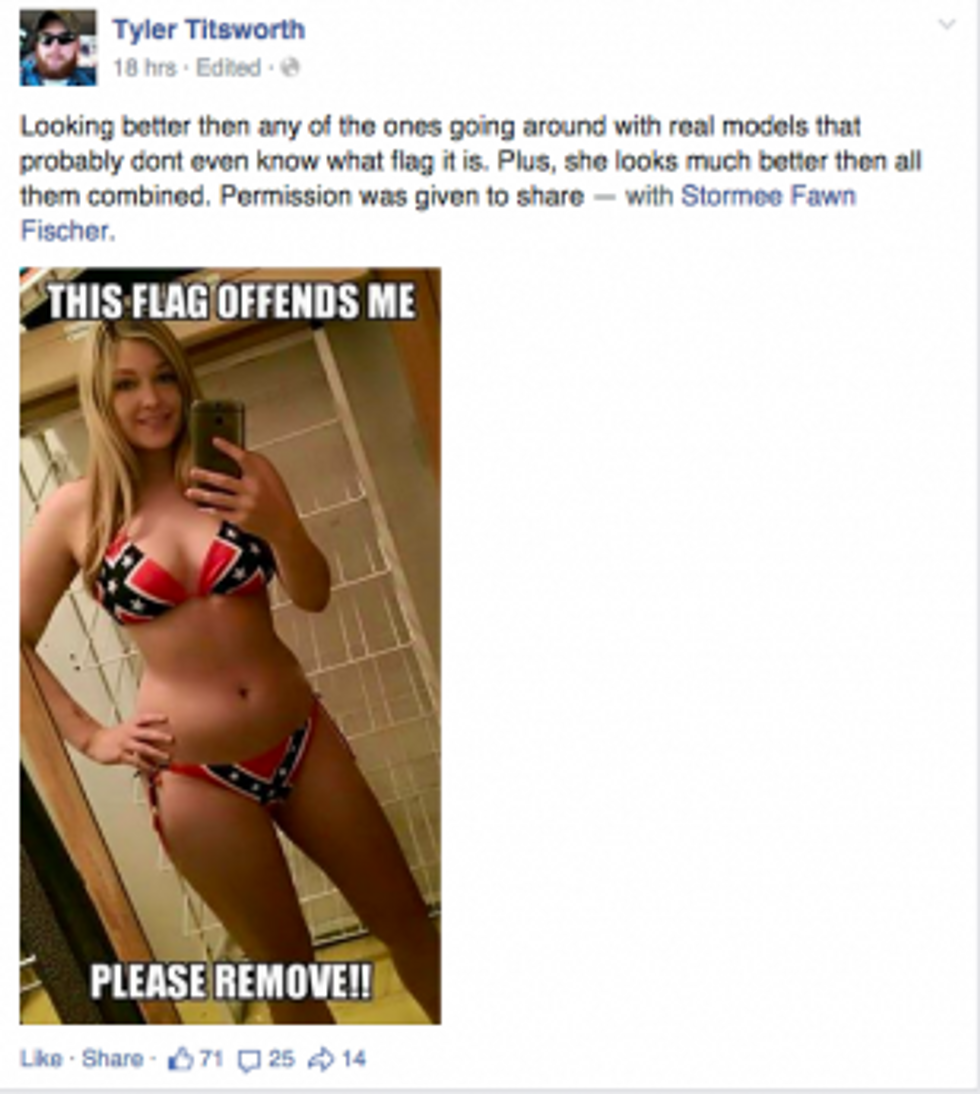 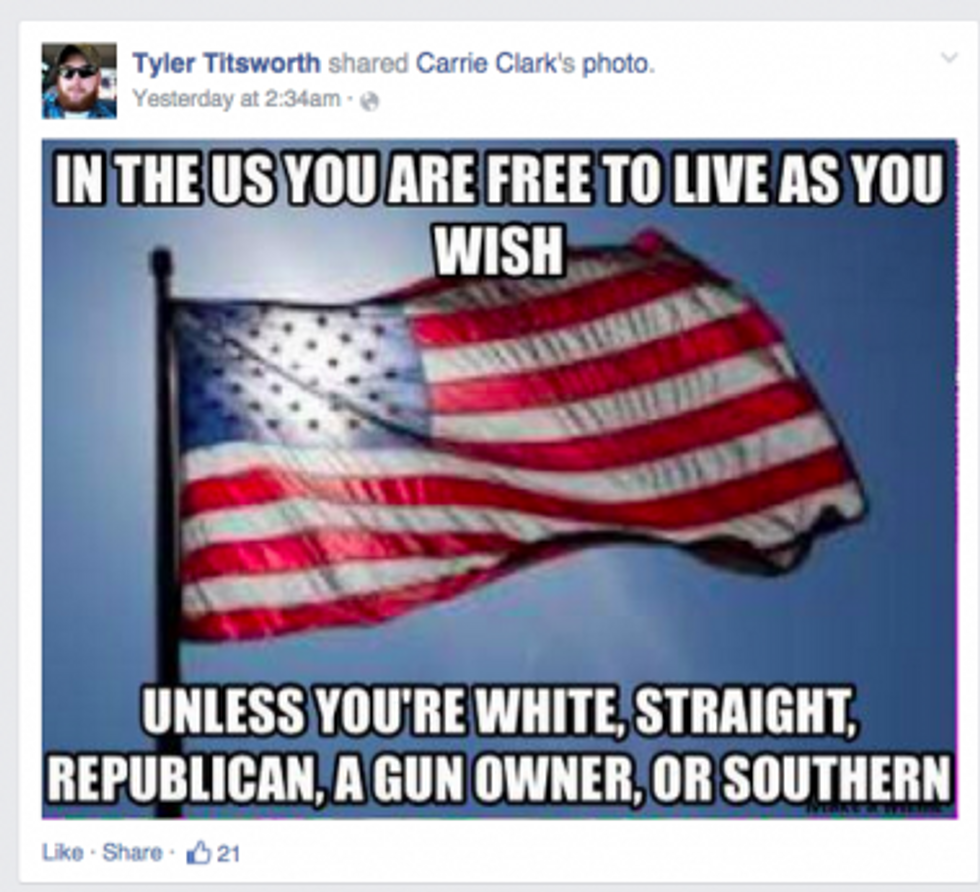 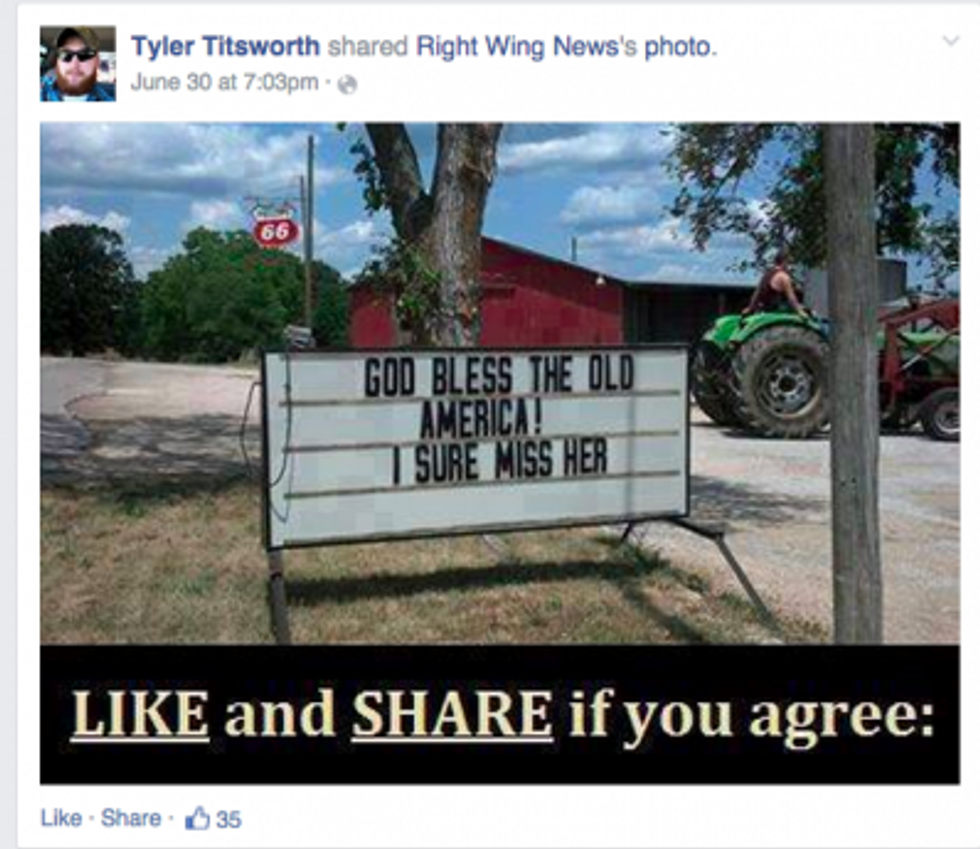 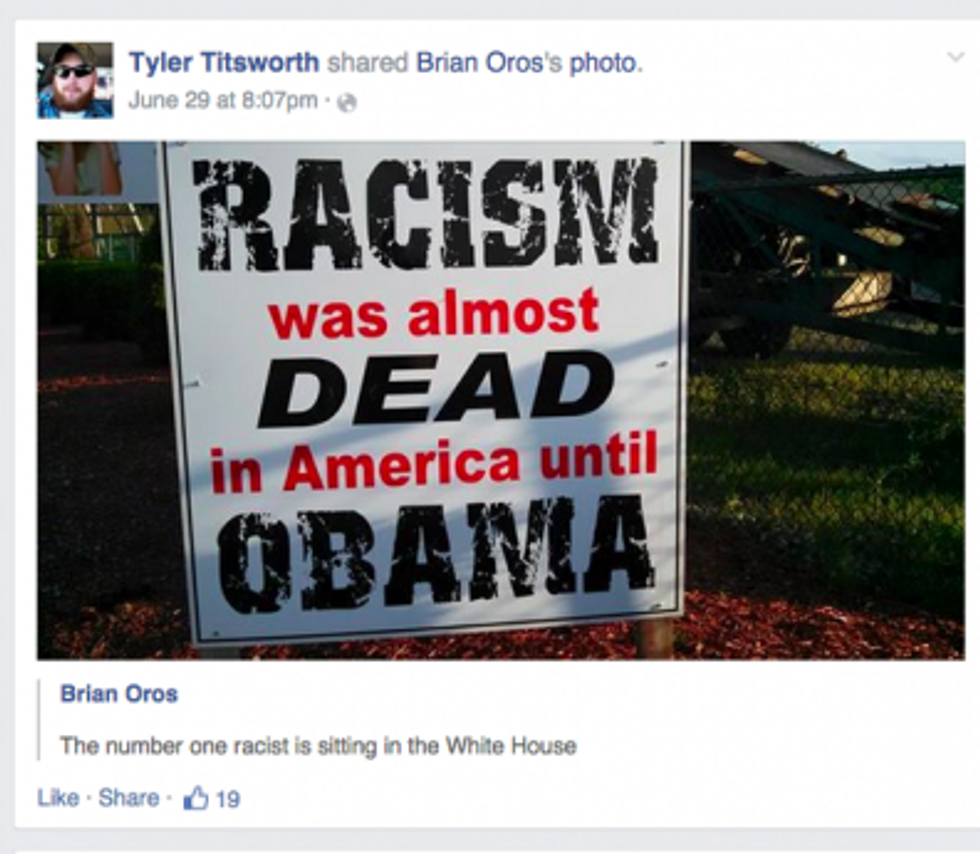 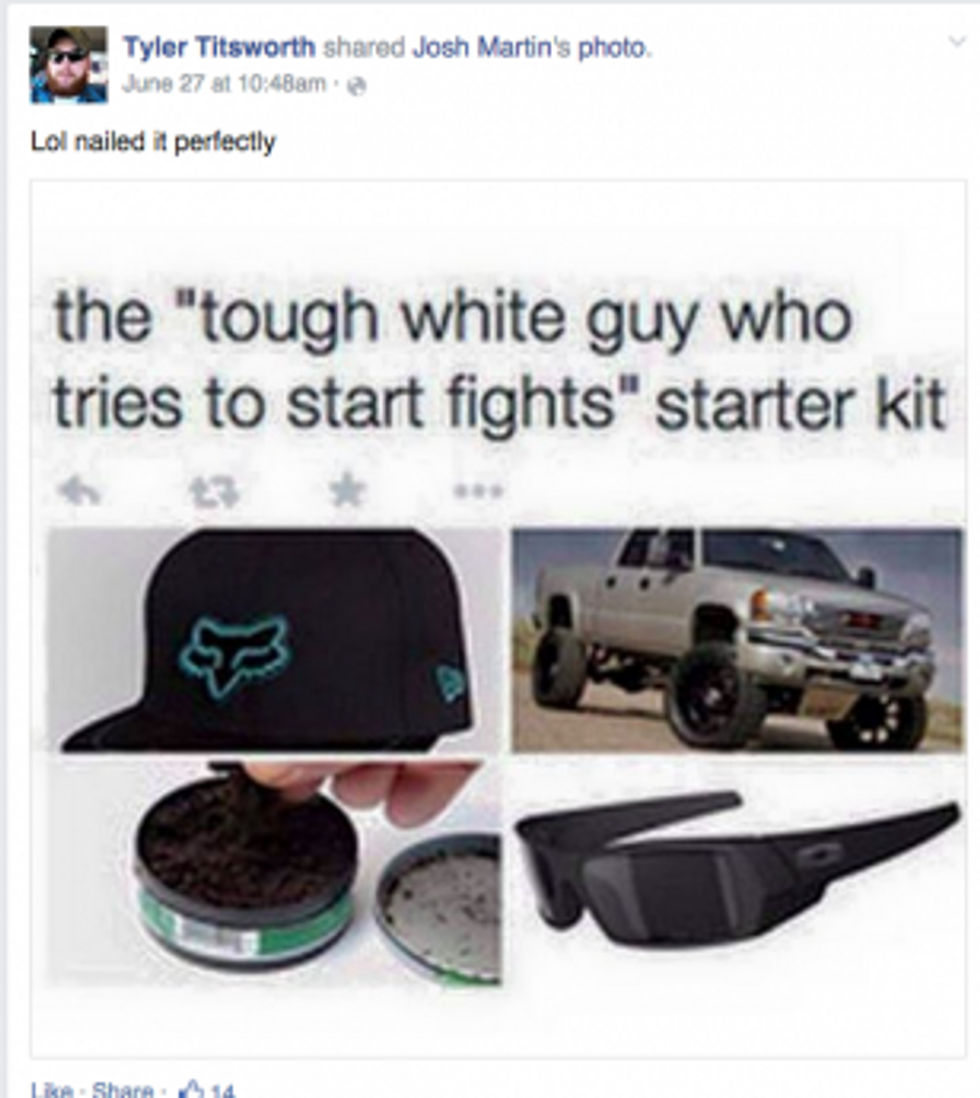 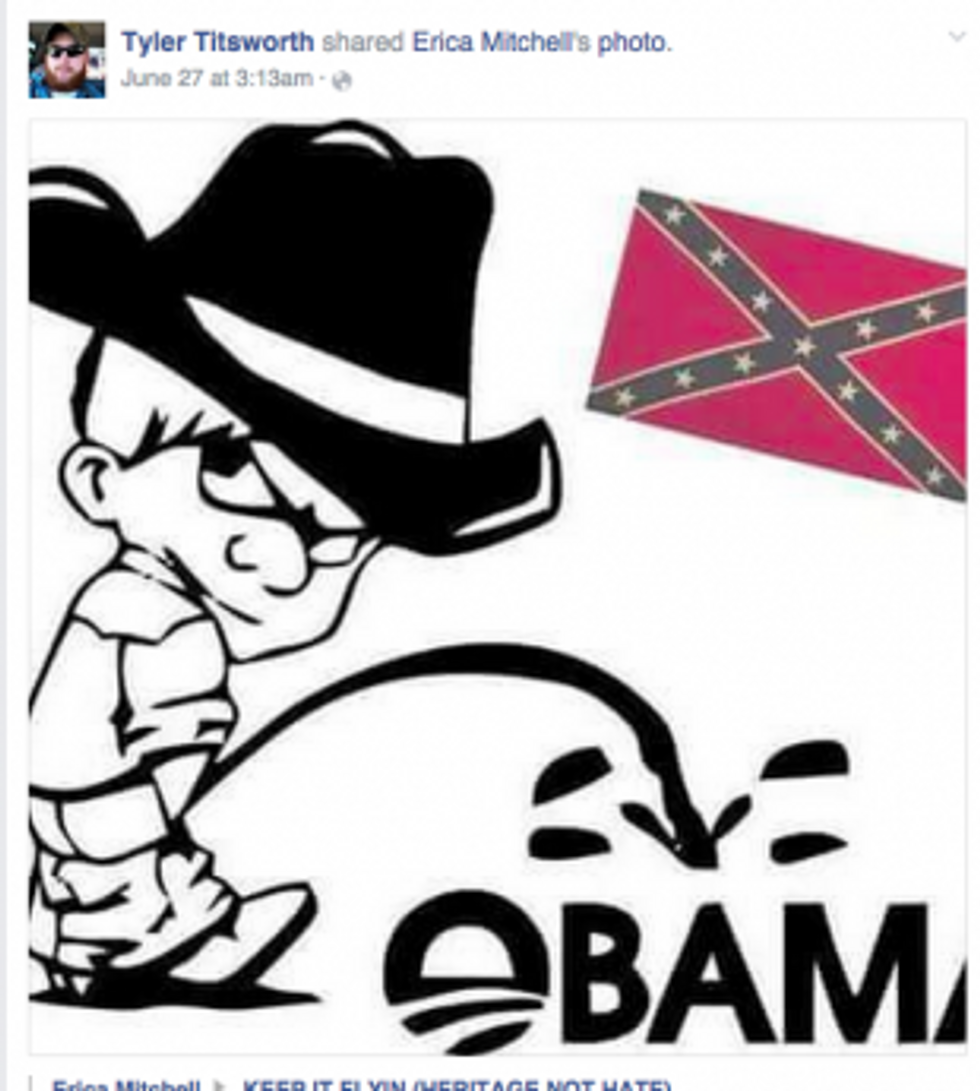 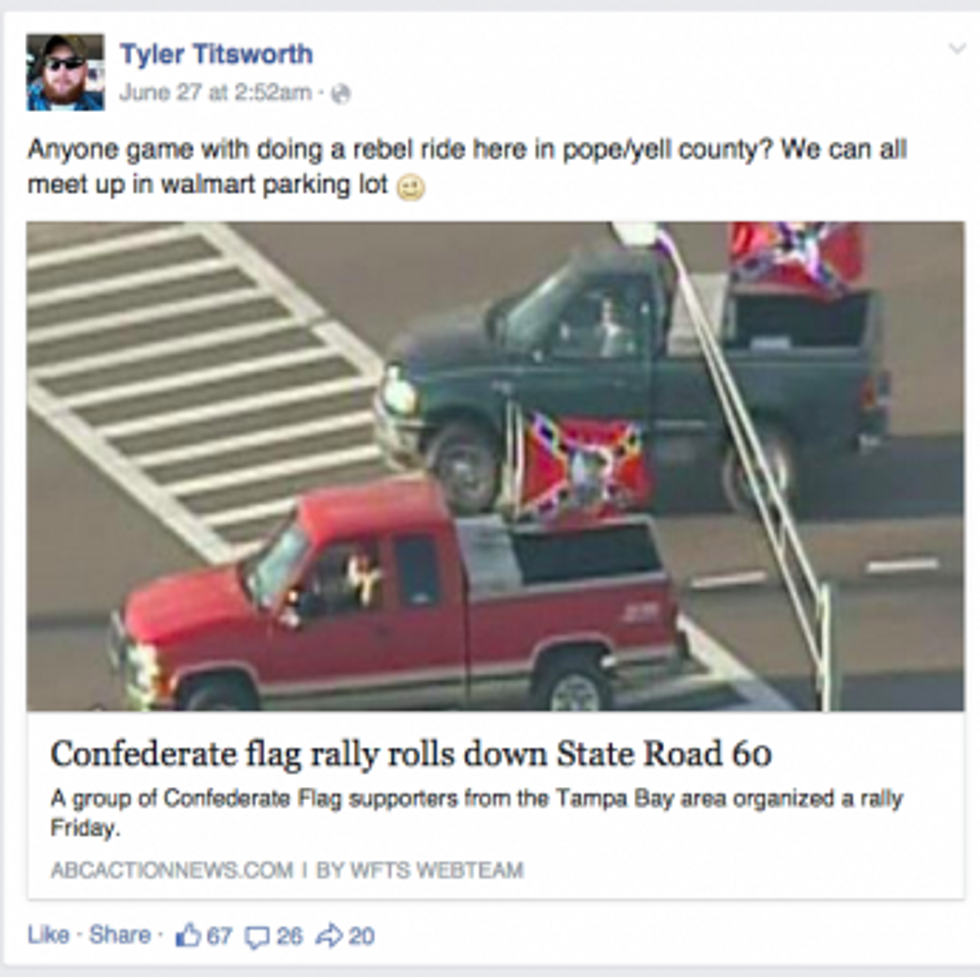 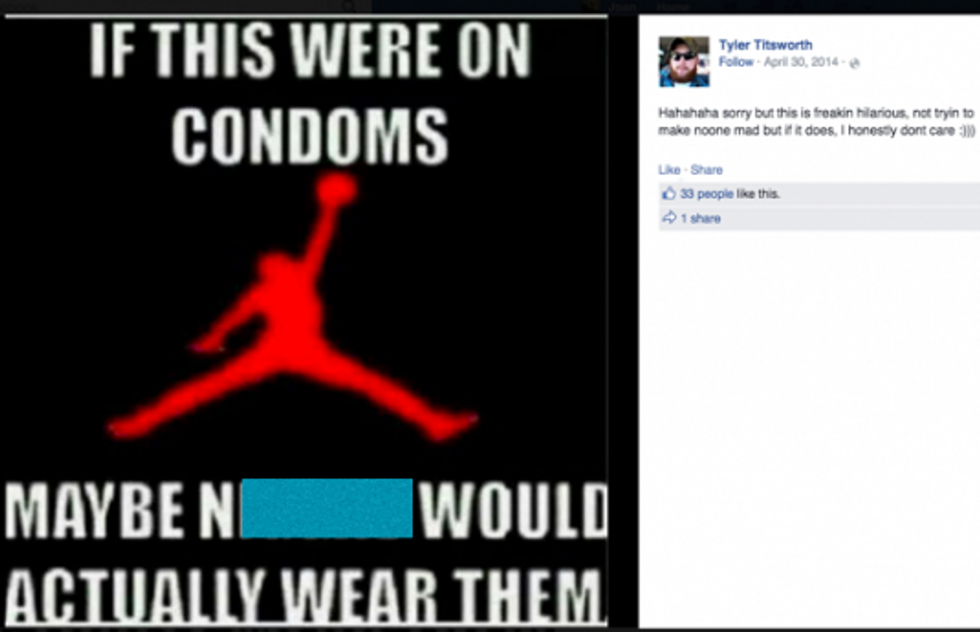