Now that you've read the first chapter, here's what to expect from the rest of 'Go Set a Watchman' 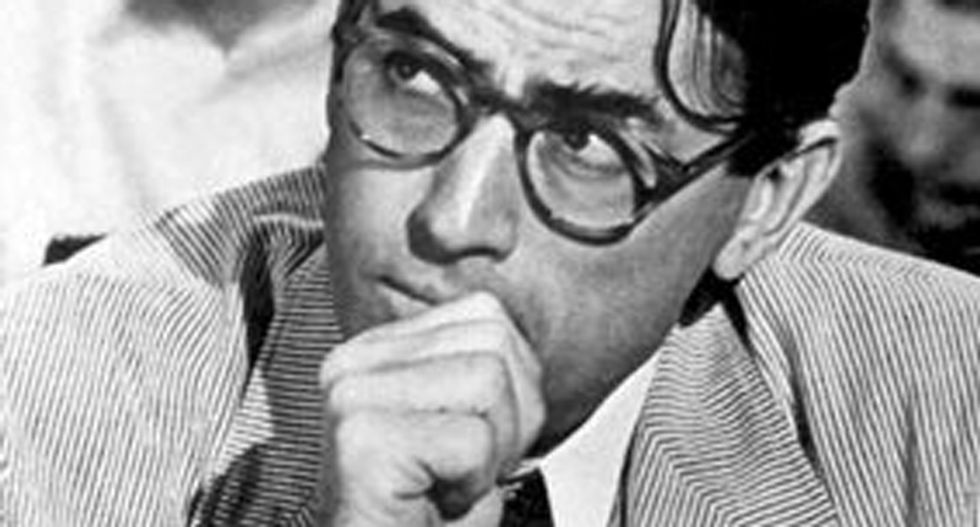 The provenance of To Kill a Mockingbird (1960) is perhaps less well known than the novel itself, which has come to be even less remarked upon than the legal travails and self-imposed isolation of the author who penned the work.

Even those who haven’t read To Kill A Mockingbird know Harper Lee, now 89, has been labelled a recluse, dogged by legal troubles, and has the distinction of having written what is regarded an American masterpiece without peer.

The Pulitzer Prize-winning To Kill A Mockingbird outsold the Bible in its early days, and has been regularly voted the greatest novel of the century.

Lee herself has refused major interviews since 1964, and though active in her local community – Monroeville, Alabama – she still preserves a steadfast and tightly held grip on her privacy.

Then the publication of Go Set a Watchman (to be released in full on July 14), heralded as Lee’s “lost novel” and a sequel to To Kill A Mockingbird, was announced on February 3, this year.

The author – who had been almost as well known for publishing just the one book as it being that book – and who’d maintained she’d never publish another book, was releasing another, and the publishing world and fans reacted accordingly.

In the history of publishing it’s hard to think of a longer lead-in time to a second novel, or a more highly-anticipated publication. The book’s first chapter has appeared, in a coordinated, global publicity campaign, today. Think Salinger goes on The View, or ABBA reforming, in terms of Least Likely Events to Happen. That Lee would release a second novel is an incredible, stunning second act.

Go Set a Watchman, whose title derives from Isaiah 21:6, may be the most anticipated novel in the last 55 years of publishing, for that is how many years have passed between the publication of what will be Lee’s two books. 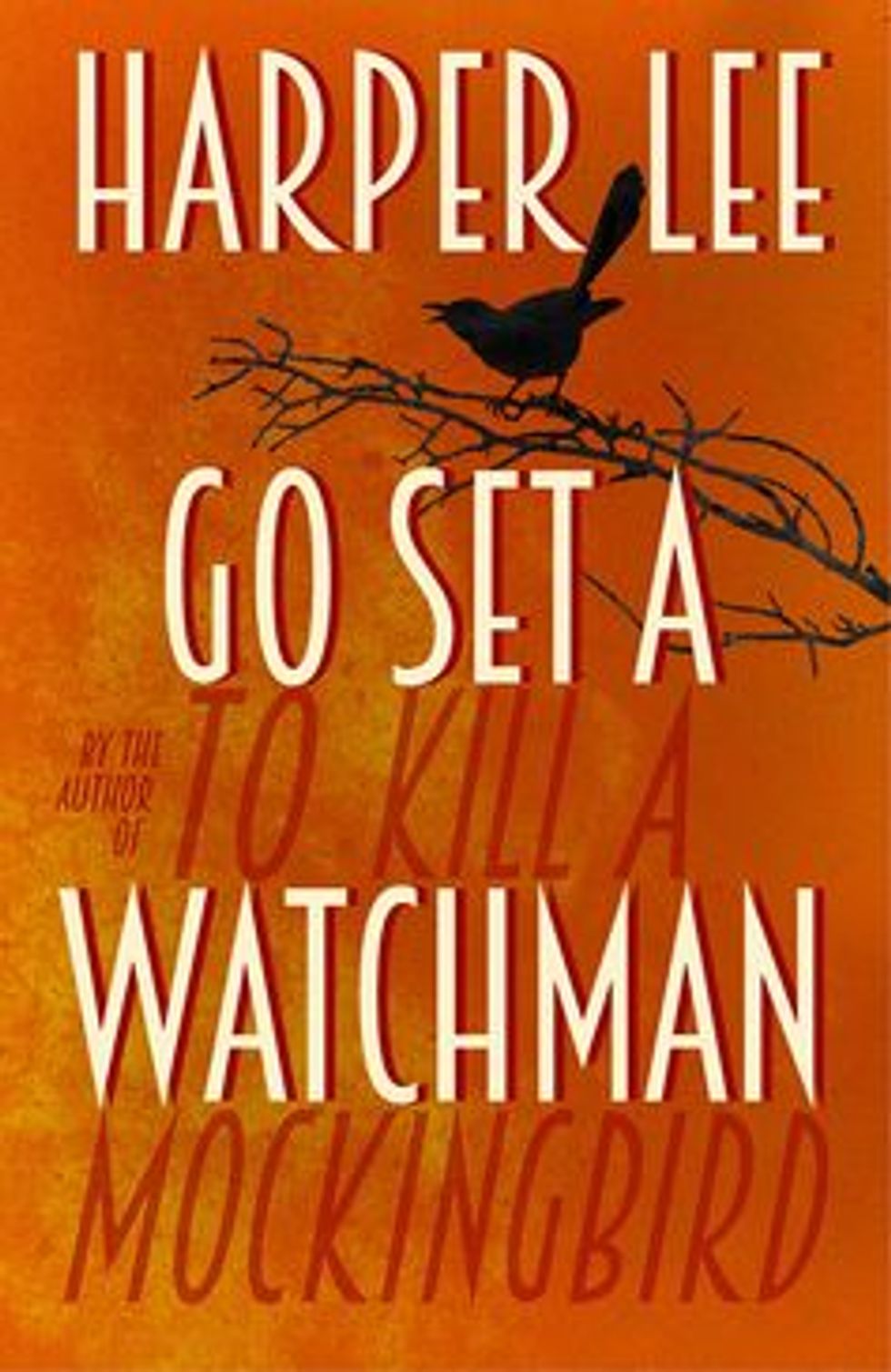 The novel, though, is not a sequel, and in fact is the first iteration of the classic story of Scout, her brother Jem and their father Atticus. Back in 1957, Lee’s agent and friend Maurice Crain was impressed with the Southern Gothic-infused story of Maycomb County, but suggested revising Go Set a Watchman from the adult Scout’s voice reflecting on her childhood, and rewrite the novel with the adult Atticus as the focus.

The resulting novel, Atticus, was completed and submitted for appraisal. Crain and his wife Annie Laurie Williams, also an agent, encouraged the novice writer to re-tell the story again, this time from the child’s perspective. The result was To Kill a Mockingbird, where the six-year-old Scout – who grows up to be the adult Jean-Louise – is our guide in a coming of age story that tracks through summers with brother Jem and friend Dill, and the winters at school in the Deep South of the United States, sometime after the Crash.

The process of writing To Kill A Mockingbird took Lee the better part of seven years to complete, and the resulting novel has been an established part of the American canon ever since.

To say the expectation on Go Set a Watchman is enormous is an understatement, but the interest in Lee’s work has not wavered over the years. Harper Collins agreement to release Go Set a Watchman unedited is testament to this, but the quality of To Kill A Mockingbird speaks to an underlying faith in Lee’s abilities as a writer.

This faith is borne out immediately from the opening lines of Go Set a Watchman:

Since Atlanta, she had looked out the dining-car window with a delight almost physical. Over her breakfast coffee, she watched the last of Georgia’s hills recede and the red earth appear, and with it tin-roofed houses set in the middle of swept yards, and in the yards the inevitable verbena grew, surrounded by whitewashed tires. She grinned when she saw her first TV antenna atop an unpainted Negro house; as they multiplied, her joy rose.

They have a familiar and comforting cadence, like the voice of a loved aunt after a long absence. The lyrical qualities of To Kill A Mockingbird are evident in the opening description, and bring us back to familiar territory, albeit from the viewpoint of the adult we may have hoped Scout would become.

That Jean-Louise, the adult narrator, existed before Scout told us To Kill a Mockingbird seems immaterial, with distinct echoes of Scout’s fierce independence and unique perspective on life. There’s a recognisable sense of child-like wonder in Jean-Louise’s description of her train ride home to Maycomb; it’s the voice of the truly glad to be alive, looking upon the world with much the same inquisitiveness Scout possessed in To Kill A Mockingbird.

Yet the almost immediate reference to the name Jean-Louise reminds us that Scout – the child – isn’t telling this story.

This is the voice and attitude of a grown woman, reflecting on entirely adult concerns like marriage and adultery. Jean-Louise’s reflections demonstrate she has the wisdom of age, and they read like the thoughts of a deep and pragmatic thinker.

The grown-up Scout is, however, still rebellious and defying convention, self-possessed and assured, rejecting offers of help and marriage alike with a grim humour. Jean-Louise is a woman with a strong moral conscience, echoing the fierce sense of justice we were introduced to in To Kill A Mockingbird. The adult that Scout became seems at ease; settled within herself, and accepting of her eccentricities, even acknowledging their effect on others.

It’s like Lee needed to know and understand the adult before she could provide a realistic depiction of the child in To Kill A Mockingbird.

Jean-Louise’s voice is strong, direct and delivers pragmatic homilies, much in the vein of To Kill A Mockingbird, which begins with:

There was no hurry, for there was nowhere to go, nothing to buy and no money to buy it with, nothing to see outside the boundaries of Maycomb County.

Go Set A Watchman’s narrative voice brings us the maxim: “If you did not want much, there was plenty”. From this, one can deduce Go Set A Watchman may yet deliver the kind of deep parable that made To Kill A Mockingbird such a classic.

Lee’s ability with description is evident in the excerpt published today, with long sentences beautifully rendered and evoking a world long lost to history, but welcoming all the same. The evocative imagery pulls the reader back to the world of To Kill A Mockingbird, although in the first pages we are abruptly introduced to the death of a much-loved character.

A friend’s immediate reaction to reading the first chapter was to comment about her relief Atticus was still alive. Such is the connection with and enduring affection for these characters.

These moments of recognition feel like a long-lost friend reborn. Jean-Louise is a woman of her era; at once independent and confident. She provides a glimpse to a kind of feminism that Scout could not have known the word for. Jean-Louise is as flawed as any human, quite proud and strident in her opinion.

When she tells her prospective fiancée in the opening chapter “Go to hell then”, she provides a link between Scout and what we think we know of Lee, who was quoted as being “happy as hell” at the publication of Go Set A Watchman.

As well she should be. Where Lee faced much discussion and debate about the origins and authorship of To Kill A Mockingbird, Go Set A Watchman – we can expect – will provide us with an impressive glimpse into the development of a novel and a writer.

The report notes that the author of the controversial "The Satanic Verses" was just about to speak when his attacker rushed the stage punching and reportedly stabbing him.