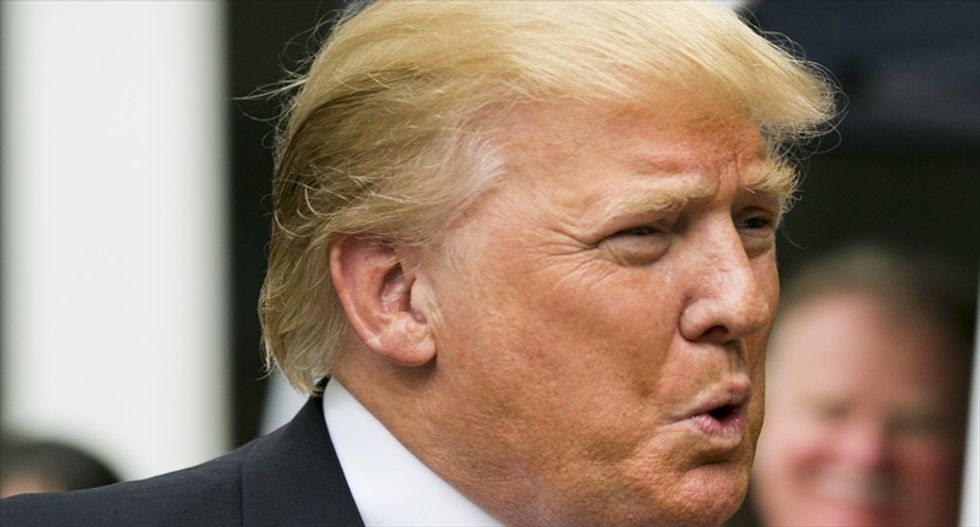 Businessman and Republican presidential candidate Donald Trump reacts to supporters during a back-yard reception in Bedford, New Hampshire, on June 30, 2015. Photo by Dominick Reuter for Reuters.

"Trump’s comments do not represent the values of inclusion and openness that define us as New Yorkers," the mayor said in a statement.