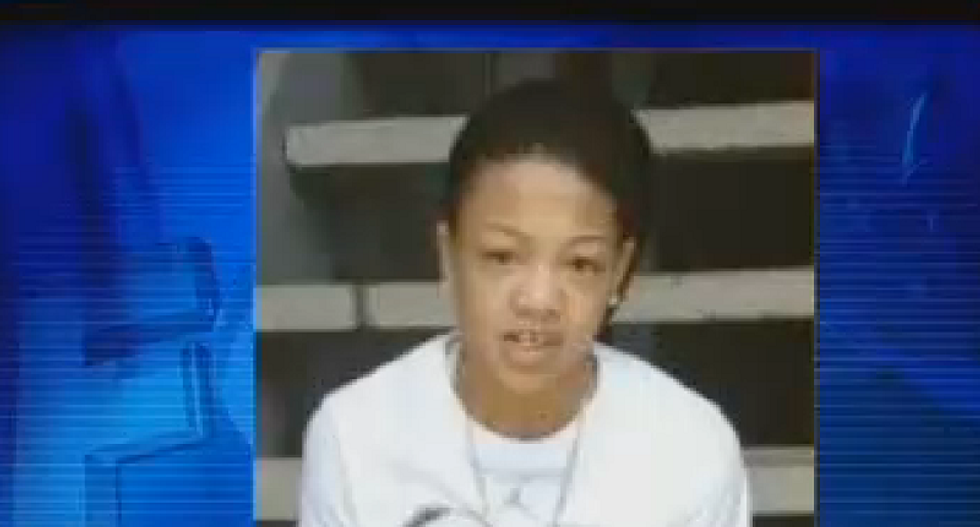 Just one day after Sandra Bland was found dead in her jail cell in Texas, another young black woman, Kindra Chapman, was found in eerily similar circumstances in a jail cell in Alabama.

The 18-year-old was arrested July 14 on accusations she stole a cell phone, according to AL.com. She was booked just before 6:30 p.m. and found unresponsive in her cell at 7:50 p.m. Like Bland, authorities have blamed Chapman's death on suicide by hanging. Like Bland, Chapman's family said the teen had a full and happy life and do not believe she committed suicide. Like Bland, Black Lives Matter activists have joined her family in demanding answers.

In an email to AL.com, Chapman's mother, Kathy Brady, said she believes police killed her daughter, and that she wasn't notified of Chapman's death until 9 p.m.

Other family members who spoke with reporters said Chapman wouldn't have killed herself.

"I want answers, like where was she for 45 minutes," her cousin Otis Chapman asked local station WBRC. "There's surveillance all around... She would not harm herself at all... In my heart, she wouldn't do nothing like that."

Chapman wore a bed sheet around his neck because authorities said his cousin was found hanged by a bed sheet. He was protesting at the jail because he didn't want Chapman's death to get "swept under the rug." A "Black Lives Matter" banner could be seen behind him.

"She had family that loved her. She had unconditional love from all around," her aunt Leslie Chapman told the station. "She would never do nothing like that, she was happy."

Jefferson County D.A. Brandon Falls told AL.com he has preliminary evidence to deliver to Chapman's family, but he hasn't been able to get in touch with them.

"I do not feel that it would be appropriate to release any information until I have spoken with the family about the investigation,'' he said in a Tuesday statement. "Attempts have been made to contact the family and the attorneys, and I am awaiting a response from them."

Falls said his office has reports of the offense that led to Chapman’s arrest and reports from the officers on duty at the time of her death, along with the reports of the investigating detective, according to AL.com. They also have video surveillance tapes from several cameras at Homewood City Jail, where Chapman was jailed, and a witness statement from a person in custody at the same time she was.

Chapman's death is being compared to that of 28-year-old Bland, who was found dead in her jail cell in Waller County, Texas on Monday. Bland was stopped by a Texas state trooper Sunday afternoon for changing lanes without signalling.

Bland's family has also said they believe the young woman, who was moving from a Chicago suburb to Texas for a new job, had too much to live for and was killed. Authorities said Bland committed suicide by hanging herself with a plastic bag.

The FBI and Texas Rangers have launched their own investigations into Bland's death and her family has had an independent autopsy performed, the results of which have not yet been released. Details emerging about events leading up to her death seem to show impropriety by law enforcement, including excessive force and what many believe to be doctoring of police car dashcam footage.

Watch a report below from local WBRC: